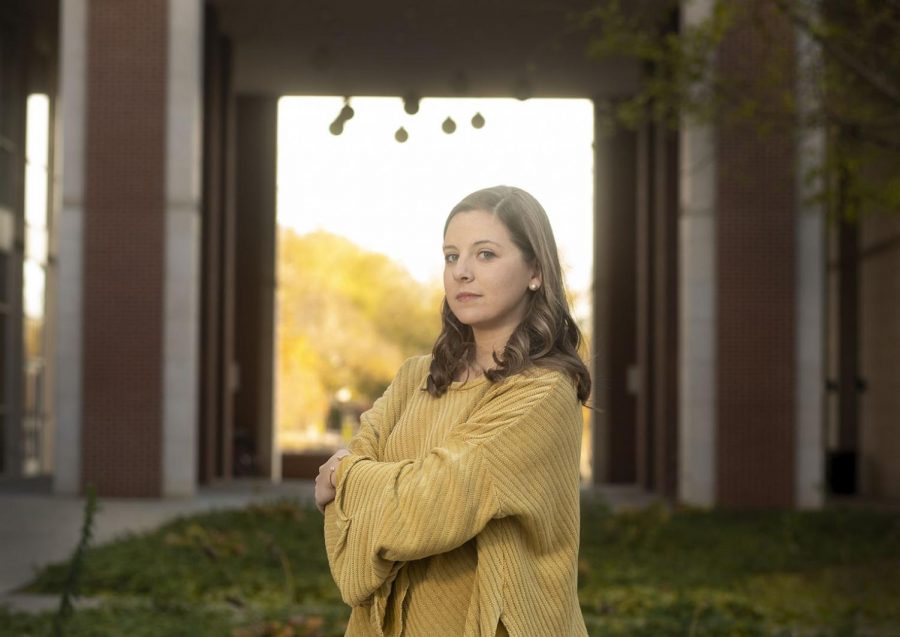 Alumna Ellery Burkhead from Hopkinsville graduated with a degree in psychological science in May 2018. She did not know what she wanted to do, so she worked at a few places until she found her dream job at HopeBridge, an autism therapy center, in Bowling Green. “I had the power to make my own path and to choose what career field I wanted to go into,” Burkhead said. She is now pursuing her master’s in speech language pathology.

Hannah Beth Brackin graduated in December 2018. She packed up her life and moved to Cincinnati. Yet 7 months later, she was back in Bowling Green.

“I felt like a failure,” said Brackin said, an Owensboro native.

Brackin graduated from WKU with a degree in psychological sciences. She decided to move to Cincinnati to work a full-time insurance job while also working for a non-profit organization.

Brackin said she discovered rather quickly the insurance job wasn’t for her, and the non-profit work she was doing wasn’t exactly what she thought it was going to be after all.

“I had never been a homebody,” Brackin said. “But I realized being four hours from home was just too much.”

Brackin moved back to Bowling Green to start a graduate program at WKU. However, a week before her program started, she learned it was no longer accredited and decided to drop out of the program. She is now working as a college ministry assistant with Living Hope and a part-time substitute teacher.

Brackin said she felt like she was having an identity crisis and was worried she was wasting her time and money. She said she was working with people who had their life figured out and it made her feel inferior. When she first moved back to Bowling Green, she said she hated when people asked her what she was up to.

“There is this expectation that you are supposed to graduate college and get a dream job,” she said.

Brackin said she has had to learn to be patient through the process of life after graduation.

She said she learned to enjoy “me time” more than she ever had before and started asking herself, “What is one small thing I can do to get to where I want to be?”

Brackin is far from the only graduate to grapple with post-graduation pressures. WKU alumna Ellery Burkhead said she didn’t know what she wanted to do after she graduated in May 2018.

She went to work as a counselor at a three-month Christian summer camp in Texas after graduating and came back in August with no job.

She later got a job with Warren County Public Schools as an instructional assistant, but she said she knew that wasn’t a long-term job for her and was searching for other jobs.

Over Christmas break she found her current job at HopeBridge in Bowling Green. HopeBridge is an autism therapy center Burkhead said she never knew was just miles from campus.

Burkhead said the time after graduation was nothing short of stressful. She said the four to five months spent looking for a job felt like a really long time, but she realized in the grand scheme of life, it really wasn’t that long.

“You go through college and you follow these steps that everyone follows and after college it just isn’t like that,” she said.

While Burkhead stressed for months about finding a job where she was happy, she said the experience has been worth it because she has found her dream job.

“There are jobs you will have to do in the meantime that aren’t your favorite just because that is what happens in life, but it’s definitely important to wait for the job that is right for you,” Burkhead said.

While Burkhead and Brackin struggled with post-grad life, WKU offers resources to help alleviate pressure for current and former students.

Becky Tinker, associate director of the Center for Career and Professional Development, said her offices offer a walk-in service and help with anything related to life after WKU.

“We help students look at what they want to do and help them get there,” Tinker said. “What do you want your life to look like? Where do you want to live? What kind of lifestyle do you want to have? And what steps can we take to make that happen?”

Tinker said a lot of students either need help making their dreams reality, or they struggle with having a dream at all. She said her offices help students on both ends of the spectrum.

“People think there is a magic website, a magic place where you go and find this list of jobs, and next to one job is your name,” Tinker said. “They think that it is an easy process. It truly is a matter of the more time you put into the process, the quicker you will find something.”

“She said she thinks a lot of grads struggle with “adulting” after college.

“There are a lot of freedoms that come with being responsible for yourself and being able to pay your own way that a lot of students don’t focus on,” Tinker said.

Tinker said a helpful tip for students is to think in terms of a two-year plan as opposed to a five or 10-year plan. She said life changes too quickly to constrain yourself to a plan that far ahead.

“Your first job is a first job,” Tinker said. “It could be the key to all your other jobs, but it could just be a first job. I understand the fear of ‘What if I make a mistake? What if I pick a job and I hate it?’ Well, you look for a new job, quit the old job and start a new one.”

Brackin said she isn’t where she wants to be yet, but she is OK with that. She said she knows she is not a failure and that she just has to wait for the right door to open for her.

“I think it’s important to stop comparing,” Brackin said. “People only post on Instagram if they have everything figured out. Everyone’s timetable and story is different.”