Staff picks: We’d rather be run over by a reindeer than watch these movies again 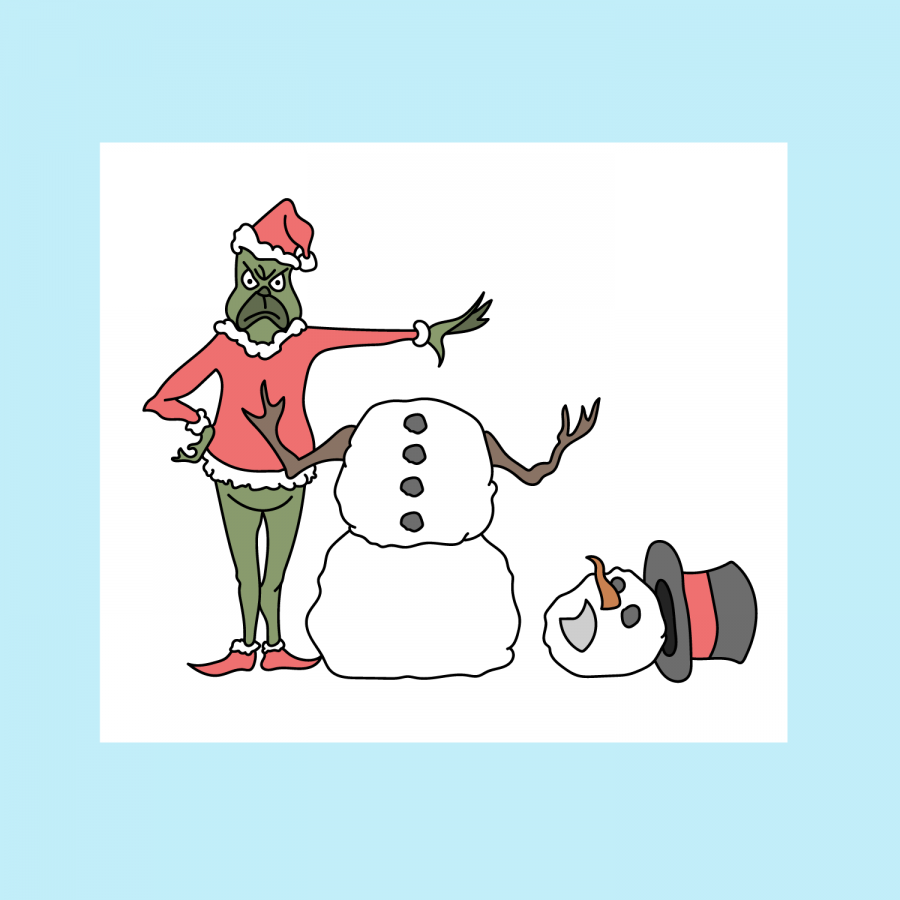 Christmas movies are a rare breed for their unrivaled ability to evoke nostalgia and bring family closer. That doesn’t mean they’re all worth watching, though.

These are our picks for the absolute lousiest, cheddar cheese-laden and dull Christmas flicks. Keep away at all costs.

The hands down, absolute worst Christmas movie of all time is “The Christmas Shoes.” The song is depressing enough, but then someone had to go and make a full feature-length film about it? I’m all for the “teaching about the real meaning of Christmas” idea, but I’m not for the “sobbing into my eggnog” one.

“Christmas with the Kranks.” That movie … The neighbors are actually insane; the Kranks just want to take a vacation! Somehow I’m expected to root for these insane people? And the Kranks themselves aren’t likable either. They feel the need to tell everyone, “We’re skipping Christmas.” NO ONE CARES, MAN! If they didn’t say anything and just went on vacation, no one would bat an eye. But no — they have to tell the whole town.

I’m a self-proclaimed Christmas fanatic, so I don’t have a least favorite holiday movie! If I had to pick one, though, it would be “A Christmas Story.” I hadn’t watched it until my sophomore year of college, so it didn’t hold the same Christmas magic or nostalgia for me that other movies did.

My least favorite Christmas movie is “12 Dates of Christmas.” It’s very cheesy and cringey, and I think it really doesn’t get in tune with the “holiday spirit.” The main character just keeps going on dates to save her love life, and it’s just annoying.

I just think “A Christmas Story” is kind of silly. I watched it every year with my dad and hated it.

My least favorite popular movie is the “Santa Clause” series. It was just never something that really interested me. I didn’t think the first one was that great, but they went on to make two more unnecessary films in the series. Why?! The whole plot just seems repetitive. Not to mention, Tim Allen apparently hated filming these movies! Not surprising.

My least favorite Christmas movie is “The Polar Express.” I want to like it so bad, but ever since middle school when we would wear our pajamas to school and watch it on “Polar Express Day,” I always thought it was so boring! And although I love Tom Hanks, does he really have to play every character? Sorry, but I don’t like it.

“National Lampoon’s Christmas Vacation” is a classic — and that’s half of what makes it the worst Christmas movie ever. It’s full of toxic masculinity, gender stereotypes, sexual innuendos and overt misogyny. The Christmas season is about spreading joy and love, none of which are present in Christmas Vacation’s render of the holiday. And the song isn’t even that good.

How has no one mentioned “It’s a Wonderful Life” yet?