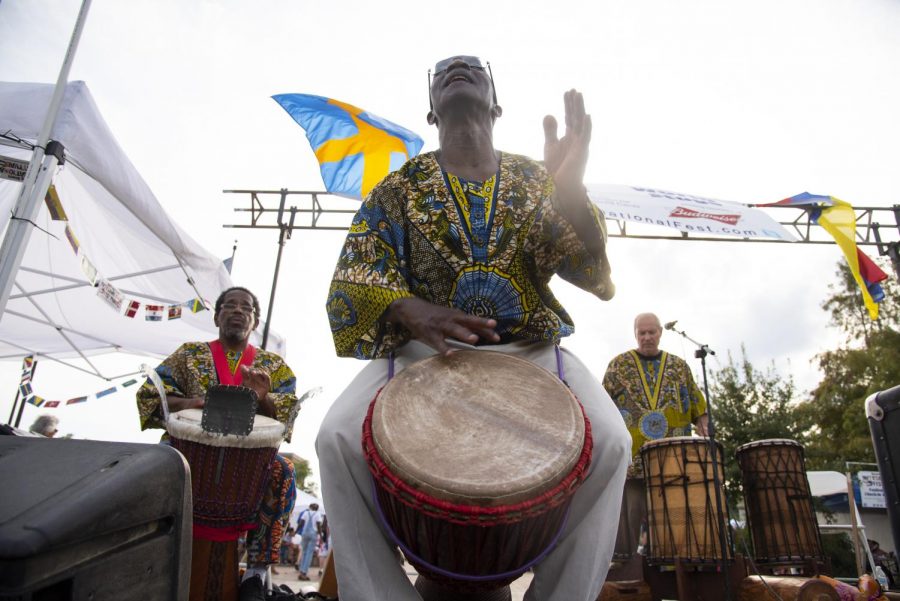 Members of “Kevebo!”, a West African musical group, perform on the afternoon of September 28, 2019 at the International Fest. “Kevebo!” incorporated the use of instruments such as the djembe and xylophones into their performances.

The celebration of culture and diversity known as the Bowling Green International Festival took place on Saturday at Circus Square Park. Crowds and vendors of cultural cuisine and merchandise filled the park throughout the day. Musical performances rang- ing from Latin to West African tunes lit up the atmosphere of the park. The Bowling Green International Festival occurs annually on the last Saturday of September.