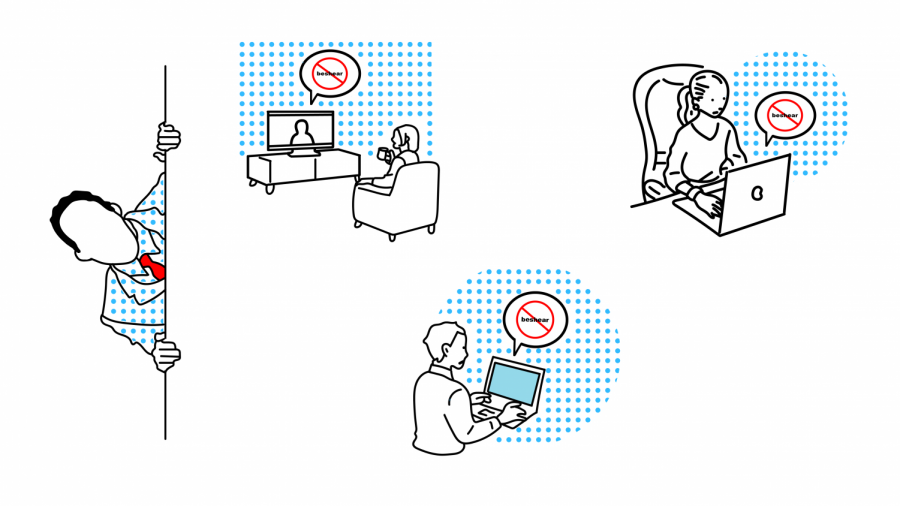 Issue: While talking to reporters in Bowling Green last week, Gov. Matt Bevin denied having any knowledge of blast emails targeting gubernatorial candidate Andy Beshear being sent to Kentucky school teachers, and instead shifted the focus of the conversation to people being “offended” by Americans using their First Amendment rights to send these emails.

Our stance: It is Bevin’s right to run a smear campaign against Beshear in the upcoming election, and he is clearly doing so, but it is disingenuous and deceitful to change the topic from potential ethical violations to an unrelated discussion about the First Amendment, which was not in question.

Hundreds of Kentucky school teachers received an email from “Albert Wells” recently attacking Beshear’s qualifications for governor, including statements like Beshear being a “proud member of the liberal Obama-Clinton-Beshear Connection” and calling him “Andy Obama,” according to an email shared with The Courier Journal.

Bevin told reporters he was completely unfamiliar with the incident despite the fact The Courier Journal had contacted Bevin’s team for comment. Bevin later rhetorically asked, “When did we get offended that people advocate for or against a candidate during election season? What is coming to America?”

Bevin’s notion of people being offended by the idea of him targeting schoolteachers — possibly his most outspoken critics — is an attempt to evoke a common right-wing talking point, one which puts blame on the questioner instead of offering a serious, intelligent remark.

Bevin was clearly caught off guard by the question and used this to deflect from any meaningful answer. Bevin instead talked about the hypothetical of a “Schmalbert Schmells” sending anti-Bevin emails.

Saying people are offended by something is a cheap and lazy way of engaging with a question. It interests Kentuckians who the current governor is potentially targeting in his campaign, especially if this group of people is one Bevin said is responsible for children being sexually assaulted because they protested instead of going to work.

These types of interactions make it clear why Bevin is the least popular governor in the nation, as in the second quarter of 2019 he had a 56% disapproval rating and only a 32% approval rating, per MorningConsult.com.

Bevin may not be connected to the blast emails sent to school teachers (even though the content is very similar to the discourse his campaign is using), but his diverting response and denial of prior knowledge makes him seem culpable.

There is no crime committed if he did, but his handling of the question shows a consistency with the lack of leadership Bevin has displayed throughout his entire time in office.

Regardless of legal status and whether the message was sent from Bevin or Wells, targeting public workers through their public email is wrong and an unprofessional way to swing votes. Bevin knows his status among Kentuckians and may be willing to give his approval to any method which raises his chance of re-election.

Bevin later told reporters he wants WKU students to understand their values and do their homework before voting in the upcoming gubernatorial election. The way Bevin answers questions makes his values clear.