The names may have changed, but these local bars remain popular through the decades 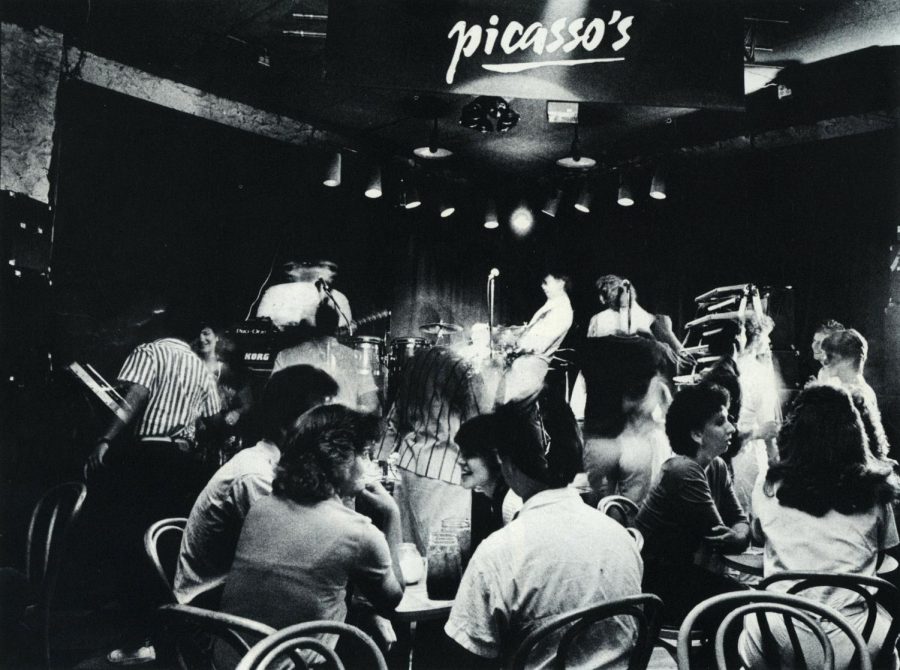 In 1983, Kenny Lee Smith opened the doors of Picasso's so the Ken Smith Band could perform for locals in Bowling Green, Ky. Local artists who gained national recognition, such as Government Cheese and the Kentucky Headhunters, all performed at the bar on a regular basis. It was the epicenter for live music in Bowling Green until it was shut down.

Homecoming is a time for reliving your college days and showing family your old stomping grounds and dives.

With the power of social media, we asked WKU alumni about their favorite Bowling Green bars and clubs from when they went to school. Though many have come and gone, a few live on in the buildings they once inhabited — buildings now home to new bars for new students.

Here are four Bowling Green spots which have remained popular through the decades.

While Hilligan’s is a town-favorite bar today, the corner spot on College Street has featured several other names.

Hilligan’s opened in 2010, replacing a former bar named Froggy’s, which was a very popular response on social media. Before Froggy’s, the bar was known as 13th Street Cafe and Butler Bro’s.

Bar manager Alec Gouvas said the building has expanded since it was previously home to Froggy’s and Baker Boy’s. Gouvas said he grew up in Bowling Green and remembers the popularity of the location throughout the decades. He attributed much of the bar’s success to its location near campus and an abundance of apartments around College Street.

Another popular Bowling Green spot from way back when — and now, according to social media responses — is Brew Co. Underground. The club, which is now known for “adult” Capri Suns, was closed for four years before it reopened in the same location, according to WBKO.

Before the revamp, the bar was called Brewing Company. In an interview with WNKY, owner Lucas Jones said the name is intended to pay homage to the former bar.

The biggest difference between the two is the club status of Brew Co. Underground, he said.

“What sets us apart is our dance floor,” Jones told WNKY. “There’s no place on the square that has a club vibe that has DJs Thursday, Friday, Saturday.”

The Parakeet rose to popularity starting in the early 1980’s, lasting into the early 2000’s at a different location on College Street. The restaurant made a brief comeback earlier this year during the Bowling Green Downtown District Restaurant Week.

Now almost 20 years into its reign, Tidball’s helped several Bowling Green rock pioneers get their start, including Cage the Elephant, Morning Teleportation and Sleeper Agent. Jarvis said it’s all owed to the bands and people who show out every weekday and weekend.

“We’re always quick to point out that without the musicians, without the community, there would be no Tidball’s,” Jarvis said. “We’re nothing special.”

One of the most popular bars from social media responses was Picasso’s. This 1980’s spot served as a home to Bowling Green’s burgeoning music scene, paving the way for modern venues like Tidball’s, the A-Frame and Rocky’s.

Though the current generation of Hilltoppers might consider Cage the Elephant Bowling Green’s biggest breakthrough, former generations would recall bands Government Cheese and the Kentucky Headhunters. Picasso’s was a popular home for both, according to Mayberry on Mushrooms, a 2014 longform piece by WKU Herald Projects.

In an interview with the Bowling Green Daily News, former Picasso’s owner Kenny Lee Smith said the bar thrived because it was a time of “great artists and creativity.” Additionally, he said the location brought in local and Nashville bands, which always engaged audiences.

The bar was located in the basement of restaurant Mariah’s, located at 360 E. 8th Ave., and remains in the community’s memory through occasional reunion shows at 643 sports bar.