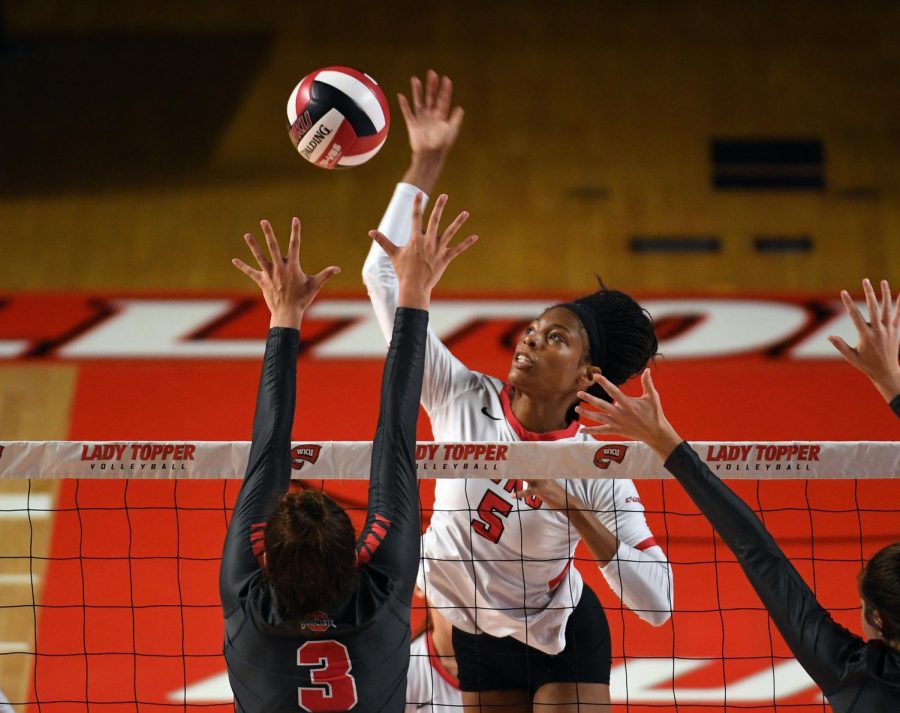 Lauren Matthews has once again been named the Conference USA Offensive Player of the Week, the league office announced Monday.

Over the WKU volleyball team’s two matches against C-USA opponents Middle Tennessee State and Marshall last week, Matthews had 38 kills with a .621 hitting percentage, helping the Lady Toppers (17-1) move to 3-0 in conference play and extend their winning streak to 13 games.

Matthews registered 21 kills on 30 swings for a .633 hitting clip to go along with seven block assists against MTSU. She followed that performance up with a 17-kill performance on 28 errorless swings for a .607 hitting percentage in a 3-0 sweep of Marshall on Sunday.

With back-to-back .600-plus hitting percentage outings over the weekend, Matthews now owns six .600-plus showings during 2019.

Following a pair of home wins, WKU will hit the road for the first time in seven matches and also the Lady Toppers’ first multi-game road trip since the Fleur De Lis Tournament on Sept. 6 and 7.

The Lady Toppers will travel down to Florida to face both of the C-USA schools located in the Sunshine State — Florida Atlantic (8-6, 2-1 C-USA) and Florida International (8-6, 1-2 C-USA).

The match between the Lady Toppers and Owls is set for 6 p.m. on Friday, while WKU and FIU will get started at noon on Sunday.