All-time greats: Former student-athletes to be inducted into WKU Athletic Hall of Fame 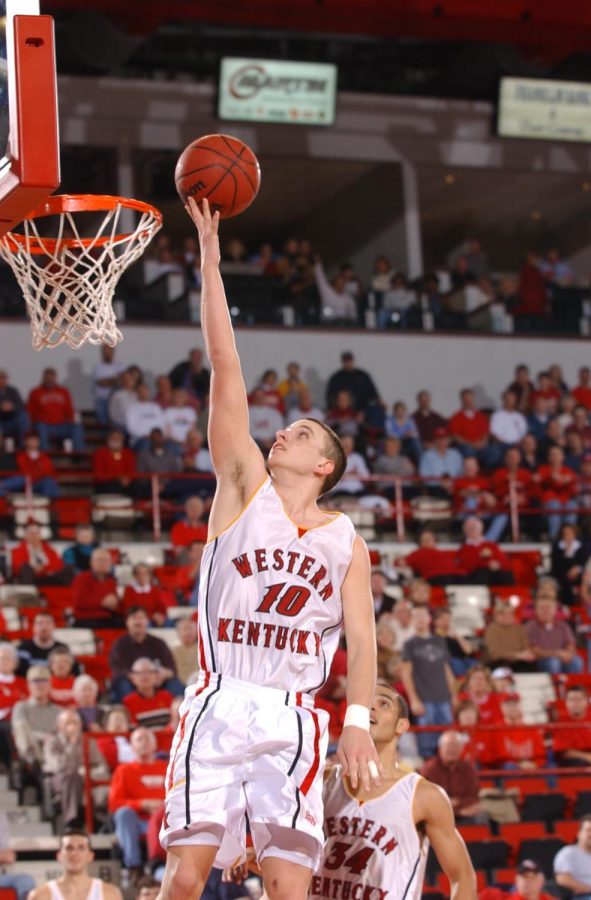 A group of four former WKU student-athletes are set to be inducted as the 29th class of the WKU Athletic Hall of Fame in ceremonies set for Homecoming weekend.

The induction ceremony will commence during the annual W-Club Homecoming Brunch on Saturday, Oct. 19. It will be held in Diddle Arena on John Oldham Court at 10 a.m.

The event is open to the general public. Tickets are $25 each and can be purchased and/or reserved online at this link or by calling the Alumni Office at 270-745-2586.

This year’s inductees will also be honored on Jimmy Feix Field at halftime of the Homecoming football game.

The 3 p.m. tilt will feature first-year head coach Tyson Helton and the Hilltoppers squaring off against Conference USA rival Charlotte in Houchens-Smith Stadium.

Winchester poured in 1,732 points over his four years at WKU while earning Sun Belt Player of the Year honors as a senior and Freshman of the Year as a freshman. He shot 47% from the floor and almost 42% from deep over his collegiate career. He was selected as an All-American in 2005, and is ranked among the top 10 scorers in WKU history. He tied the school re- cord for 3-pointers in a game (8). He also set records for career 3-pointers (247), and career and single-sea- son free throw percentage at 81.03% and 87.8%, respectively. Winchester went on to play professionally in Spain for three seasons and is now a member of the basketball staff at Southern Mississippi.

“What an honor first of all,” Winchester wrote in an Instagram direct message. “The reality of what this means really hasn’t set in. I do know it means I’ve been very fortunate and blessed. Blessed with great coaches, teammates, friends and family. My time at WKU was some of the best years of my life; so much good came from my decision to attend WKU.

“I’m still seeing the benefits of that decision and I’m sure I will continue to see them for the rest of my life. I couldn’t be prouder to be a Hilltopper and look forward to being back on The Hill to celebrate with friends and family. Go Tops!”

Bushong compiled 141 solo tackles and 66 assisted tackles en route to becoming an All-American and four-year starter for the Hilltoppers. The WKU All-Century Football Team member was a first-team All-Ohio Valley Conference selection at defensive tackle in both his junior and senior seasons, playing on two OVC championship teams in 1971 and 1973.

During his tenure on the Hill, Bushong led a stout Hilltopper defense that allowed an average of 9.9 points per game and posted a 34-9 record. He was drafted by the Baltimore Colts in the 8th round of the 1975 NFL draft and was a member of five NFL clubs. He played for the Baltimore Colts, Dallas Cowboys, New York Giants, New York Jets and San Diego Chargers — along with the Saskatchewan Roughriders in the CFL — over his professional career. He now lives in Madisonville with his wife, Cheryl, a former Hilltopper cheerleader.

Argabright was the first female student-athlete at WKU to earn All-American honors all four of her varsity seasons. She broke school career records for kills (2,001), hitting percentage (.386), assists (362), total blocks (466) and matches played (142). She also tied school records for games played (494) during her collegiate career. She also owned single season records for kills (590 in 2006), kills per game (4.68 in 2006) and hitting percentage (.405 in 2005). While on the Hill, Argabright’s four teams posted a stellar 110- 32 overall mark, went 52-11 in Sun Belt play and made three appearances in the NCAA championships. She is now married to former WKU track & field thrower Brian Soverns. They live in Louisville with their four children.

“When I received the news about getting inducted into the Hall of Fame, I could not believe it,” Argabright wrote in a Facebook direct message. “I am humbled to be a part of such an elite group of student-athletes. I cannot begin to express my full gratitude to each of my coaches, teammates, family members, and friends for helping me achieve this incredible honor.”

The No. 1 junior tennis athlete in the world at one time, Cooper was one of the most dominant athletes in WKU and OVC history. He received back-to-back OVC Player-of-the-Year awards in 1966 and 1967 by winning the league No. 1 singles and doubles titles each season. Cooper led the Hilltoppers to an OVC championship in 1965 and two runner-up finishes the following years. He went on to post a 21-1 record at No. 1 singles and was a perfect 21-0 at No. 1 doubles during his senior season.

Before his time as a Hilltopper, Cooper was a member of the Junior Davis Cup Team (Arthur Ashe was among his teammates), and he was both a national high school champion and U.S. National Champion. Cooper later moved to Southern California and dedicated the rest of his adult life to the game of tennis. He won several national senior championships and became known as a “tennis instructor to the stars.” He died in 2013.

Reporter Jesse Spencer can be reached at [email protected]