Sponsored: Coming together; Fraternities build spirit through the decades 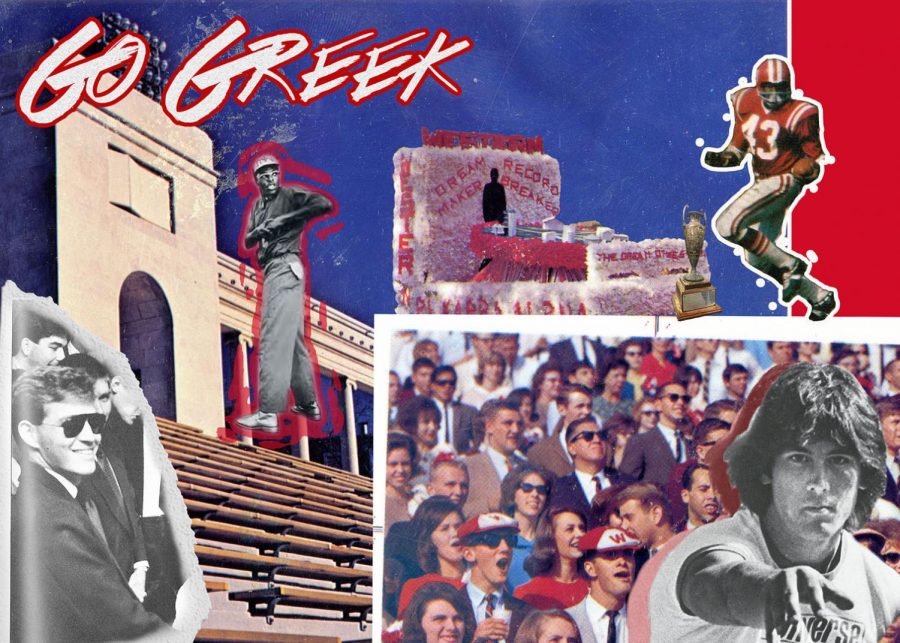 The IFC takes a look back through the decades of their own history as fraternities. The IFC has created a campus community for many of the students and alumni of WKU.

If one were to describe the Interfraternity Council’s impact at WKU, this year’s Homecoming theme, “Decades of Spirit,” would sum it up well. As Greeks begin pomping, glueing and constructing their floats and alumni make plans to return to campus for WKU’s annual Homecoming festivities, school spirit and nostalgia fill the air.

Beyond hosting social events and encouraging involvement in extracurricular activities, fraternities on campus are part of a national organization, the Interfraternity Council, which holds them accountable for philanthropic service, scholarship, membership and recruitment. IFC was formed in 1965, shortly after the first fraternity was founded on WKU’s campus. Since then, the recruitment process has evolved and the organization has grown to include 19 fraternities with over 800 members this fall. Although Greek life has evolved since the 1960s, IFC’s core mission has remained the same.

“This is a group of men selected from individual chapters to represent the whole,” said Charley Pride, the director of Student Activities and an IFC alumnus.

IFC has been facilitating the Greek Leadership Symposium for 45 years and the New Member Symposium for almost 30 years. Both events are unique to WKU and go above and beyond what other universities provide. These events consist of informative sessions about a variety of topics like leadership strategies, budgeting and mental health.

“Our hope, on the university side, is development,” Pride said. “We are giving people the skills to go on and be successful.”

Students and staff involved with IFC have been able to nurture growth for participating members and recruitment of new members, which has not only been recognized on campus, but also nationally. The group has received the highest award given for fraternal excellence 20 times out of their 25 years attending the Southeastern Interfraternal Conference. Andrew Rash, an IFC alumnus and the coordinator of Greek Affairs at WKU, also won Advisor of the Year at the Southeastern Interfraternity Conference in February 2019.

“Charley Pride and Andrew Rash are the two guys who fight for us on the daily,” Wood Brown, IFC president, said. “They are there to help us, be our mentors and to grow the brand we are trying to represent.”

The contributions of iconic IFC alumni are honored through the top awards given in the Greek community every year. The Charley Pride Spirit Award, Reed Morgan Chapter Excellence Award and the Randal Capps Greek man of the year award are just a few examples of alumni celebrated for their impact on Greek life and WKU. Through the guidance of alumni and the hard work of past and current fraternity members, IFC has allowed for Greek life to represent growth and spirit.

IFC exemplifies the idea of being stronger together by giving back to the community.

With 64,000 combined service hours and $289,430 donated to various causes through events like the annual WKU Greek Week Blood Drive, the Greek community continues to be driven by philanthropy and service, according to the 2017-2018 Greek Annual Report.

“We are seeking to promote unity through the whole campus, not just Greek life,” Brown said.

Through IFC, fraternities have had a continual impact on WKU’s campus and established enthusiasm that leaves a legacy for years to come.