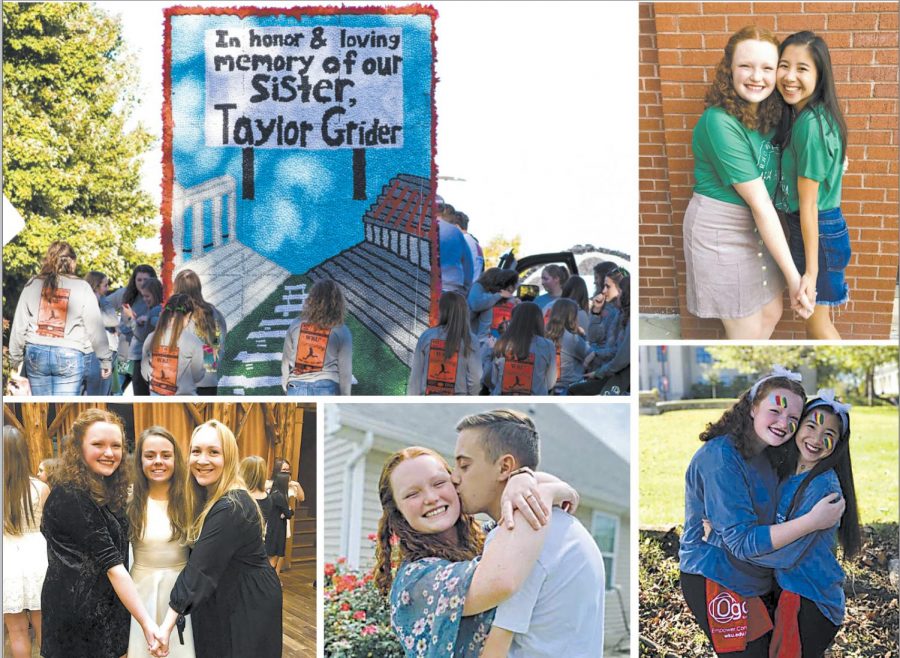 Above all, Taylor Kay Grider cared about everyone around her.

She loved the people in her life and made sure they were doing well in the midst of the chaos.

Grider cared about every person in the room. She cared about the trees outside and the fish in the ocean. Her friends remember her planning a service project to help save the world or thinking about a medical mission trip.

Grider, a biochemistry junior from Russell Springs, died on Oct. 13 at the Russell County Hospital, according to her obituary. The Russell County Coroner confirmed she died of a blood clot.

Grider was a member of the Rho chapter of Omega Phi Alpha. She served as the nation’s committee head, as a parliamentarian, on the standards board and helped with recruitment. She was also a member of the Mahurin Honors College.

Caroline Clark, a special and elementary education junior from Louisville, met Grider when they were freshmen at H4, the Honors Freshman Orientation Retreat. They got to know each other through MASTER Plan and as neighbors in Minton Hall.

“Within a week, I couldn’t imagine life without her,” Clark said in an email.

Clark and Grider just clicked. They had a real, easy friendship.

“Taylor was very steady, and solid, a constant in the ever-changing life of a college student,” Clark said. “She was always there if I needed to talk, or cry, or just hang out.”

Grider was “one of the biggest blessings” Clark has gotten from college, she said. She recalled things they would do together, including fall break Nashville trips, movie nights and spending their Wednesdays eating waffles at Spencer’s Coffee.

“I was lucky enough to be able to call her my best friend, my sorority sister, and my roommate,” Clark said.

Grider loved cats and plants, her friends and family, and serving, Clark said. She was a loyal friend, a good listener and a natural leader.

“She was thoughtful, and the kind of friend who checked in on me when she knew something wasn’t right,” Clark said. “She was selfless and understanding. Truly one of a kind.”

Grider and Clark’s birthdays are one day apart: March 18 and 19, respectively. The pair had planned to celebrate their 21st birthdays in Germany. Though she will miss that adventure, Clark said she is thankful for all the ones they were able to experience together.

When Grider was in Honors 251, she was placed in a group with Sara Davis, a health sciences junior from Glasgow, who would later become her roommate. The best memories Davis recalls with Grider are staying up in their dorm room and talking when they should have been sleeping.

“You get to know a person when your bed is three feet away from theirs,” Davis said in a text message. “That’s when we had both our deepest and our silliest conversations.”

When Grider walked into a room, she brought life to it, Davis said. Grider was dedicated and driven in every aspect of her life, and she kept working for what she wanted.

“She was an incredible student, an adoring girlfriend, and the most loving friend anyone could ask for,” Davis said.

Grider loved being a part of the campus community, Davis said. She loved WKU and getting to know people through her organizations.

“She was one of the best, funniest, most loving, most caring people that I’ve ever had the honor to call a friend,” Davis said. “Everything will be a little bit dimmer without her here.”

Grider was always starting service projects to help the planet and dedicated her life to helping those around her, said Lyn Steenbergen, OPA’s president.

“She was one of the most positive and radiant people I’ve ever met in my life,” Steenbergen said. “She was constantly smiling and reaching out to others and checking on other people.”

Grider was willing to be there for anyone and everyone, Steenbergen said.

Loren Gaskin, history and anthropology junior from Russell Springs, was Grider’s boyfriend of three years. They had plans to get married after she finished medical school.

“Taylor herself though was an amazing individual,” Gaskin said in an email. “She was brilliant, funny, outgoing, and just so amazingly caring. She loved helping people and being there for her friends.”

Gaskin was proud of Grider and all her achievements. He spoke of her service work with her sorority and the medical mission trip she went on. Grider received early acceptance to medical school.

“I was so so proud of everything she did,” Gaskin said. “She was inspirational to me and many others. She was the most unique and amazing person I’ve ever met, and there will never be anyone like her ever again. She was taken far too soon. The world was truly robbed.”

News reporter Lily Burris can be reached at [email protected] edu. Follow her on Twitter at @lily_ burris.