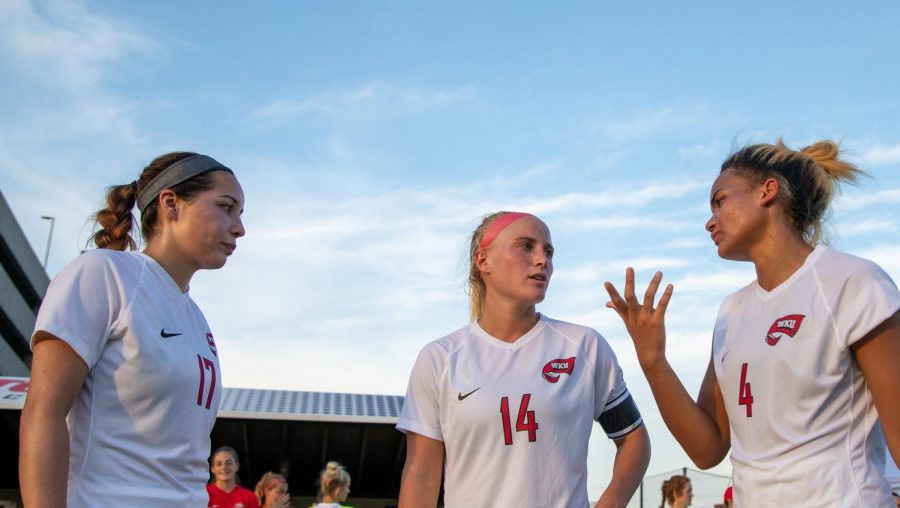 After the 49ers knocked off WKU in overtime on Thursday, the Lady Toppers were shutout for just the third time this season against ODU on Sunday afternoon. Head coach Jason Neidell said his team lacked the energy needed to compete with the Monarchs.

“I think we’re probably a little bit fatigued from Thursday night,” Neidell said. “We’re really out of routine from some strange weeks that we’ve had, but there’s no excuses. From every player on the roster to all the coaching staff, we need to evaluate what it is and what we need to do to get back to the identity that we want to have while we’re on the field.”

The Lady Toppers have played extra minutes in six of their 11 matches this season, and their fatigue from those extra minutes showed during the second half against ODU on Sunday.

WKU allowed the Monarchs to score twice in the first 10 minutes of the second half, and Neidell was forced to switch up his team’s lineup. Looking anywhere for answers, Neidell subbed seven different WKU players into the game all at once at the 54:20 mark of the second half.

“I thought we lacked energy,” Neidell said about his team coming out of the halftime break. “I wanted to shake things up. We changed out our midfield and our forwards. We changed formations. We changed personnel. I wanted to find a way to bring some energy to the game.”

While the Lady Toppers are seeing fatigue as a problem for the first time this season, WKU is still struggling with making mental mistakes during games.

Coming into their third weekend of C-USA games, the Lady Toppers were tied with four other schools for second place in the league table. After losing two straight matches over the weekend, WKU now sits at eighth overall in the C-USA standings.

Only the top eight teams in the league make the C-USA Tournament, which means the Lady Toppers would be the lowest-seeded team if the postseason event started today.

The Lady Toppers gave up three goals in both of their matches against Charlotte and ODU, resulting in six total goals given up over the weekend. Prior to WKU’s weekend matches, the Lady Toppers had given up a total of six goals throughout the entire 2019 campaign.

Despite WKU’s losing weekend, redshirt senior goalkeeper Anne-Marie Ulliac said the team is ready to go forward, and they’re still looking for ways to get better.

“You know, this is a really difficult conference,” Ulliac said. “We knew going in that every game was going to be a struggle for us, and we were going to have to work really hard. We came off last weekend, back-to-back overtime games, so we’re going to keep on working on what we’re good at and try to improve our weaknesses.”

After completing a month-long homestand that saw the Lady Toppers post a 4-3 record on their home turf, WKU will now hit the road for its longest road trip of the season.

The Lady Toppers will aim to regroup from their recent skid as they begin their four-game road trip in El Paso, Texas, on Thursday against Texas-El Paso (7-3-3, 2-1-1 C-USA) before heading to Miami on Sunday for a match against Florida International (2-10, 0-5 C-USA).

“We just have to prepare for the next game,” Neidell said. “I mean, we are headed out on a very tough road trip where we have to go to El Paso first and then Miami, Florida, on a Sunday, and we’ll have some frequent flyer mileage. We just need to get back to what made us successful earlier in the season.”

WKU and UTEP are set to kickoff on Thursday at 8 p.m., while the Lady Toppers and Panthers will square off at noon on Sunday.

Ulliac has confidence the Lady Toppers will get back to their winning ways very soon.

“We have a really great group, and I really believe in us this year,” Ulliac said.