He’s photographed presidents, riots and war. Now, this WKU alum is being recognized during homecoming 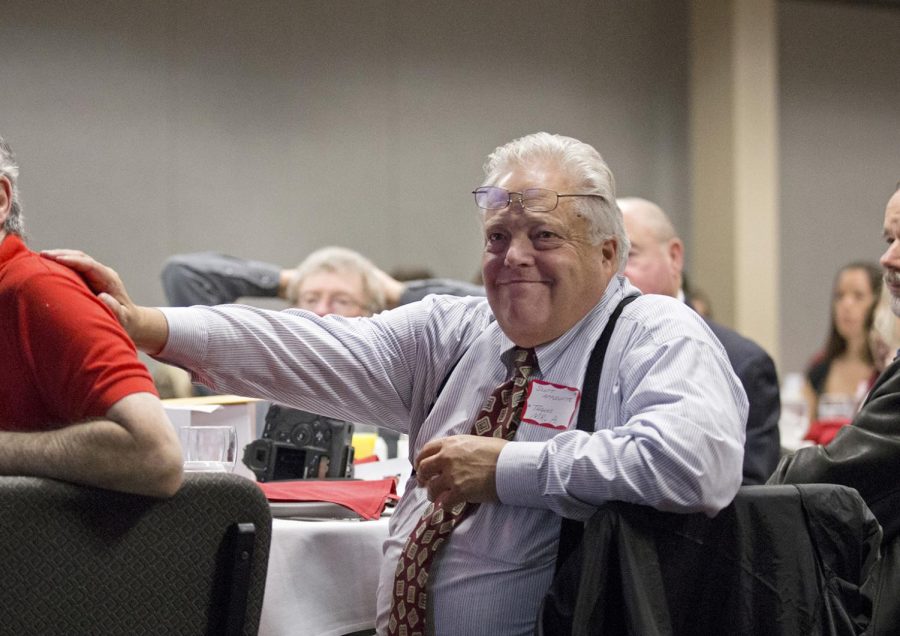 At just 7 years old, his life was set. He dreamed to follow in his grandfather’s footsteps and work behind a popcorn machine.

Unfortunately for Elizabethtown native J. Scott Applewhite, 68, the dream just wasn’t meant to be. Instead, he became a Pulitzer Prize-winning photographer for news agency the Associated Press.

Applewhite has been working for the AP for almost 40 years, but he began his photography career at WKU. After a classmate introduced him to the world of photography during his sophomore year, he was hooked.

“Once I found something I was interested in, I was passionately absorbed,” Applewhite said. “I couldn’t get enough of it.”

He started working at the College Heights Herald soon after, where he said he found a family and lifelong friends. Back in his day, the Herald was just “everybody helping each other,” and some of his old Herald friends still check up on him even after all these years, Applewhite mentioned.

Though times have certainly changed since then — going from dark rooms to digital — Applewhite has changed right along with them. He called new photography tools “empowering” for their ability to capture all of the great stories and images the world has to offer.

Applewhite has continually harnessed that power, and visits to the nation’s capital and beyond have afforded him veteran status. The AP callshim a “fireman,” which Applewhite explained as someone who can “hit the ground in an unfamiliar hotspot, overcome the challenges and deliver front-page photos.”

Applewhite has photographed six presidents, riots in Haiti and the first Gulf War, but he currently spends his days photographing Congress. He recounted a moment in Haiti when he heard a bullet whiz past his head. It doesn’t sound like in the movies, he recalled — more like a bee buzzing past.

Doug Mills, the chief photographer for the New York Times in Washington D.C., said in a 2017 eight-minute documentary about Applewhite exactly why Applewhite was the right man to take the slightly dangerous photos.

“Scotty was fearless, and he never hesitated before walking into a primitive neighborhood,” Mills said in the documentary, which was produced by the White House News Photographers Association.

That same year, Applewhite was awarded the Lifetime Achievement Award by the association for his historic photos. While not every photo he’s taken is going down in history, some of them reach the hearts of people.

Applewhite fondly recalled a photo he took of a young man who had a small U.S. flag stuck in his gun in a war zone. He met the same man later on, who told him the photo made its way back to his hometown, where friends and family showed immaculate support.

Larry Downing, a retired Reuters photographer who once worked for the AP, competed with Applewhite for several decades, but still had fond comments.

“When I started at the Associated Press, he was one of the first guys to wrap his arms around me and say, ‘Hey, kid, this is how it’s done,’” Downing said in the documentary.

But it isn’t just professionals who reach out to Applewhite. Young photographers call on him for advice and direction as well, which Applewhite is happy to provide.

He advises people to “love the ground under their feet” and look for stories and opportunities around them — you never have to go far to find great things. Though Applewhite’s job may seem hectic and never-ending, he said it chose him and doesn’t regret a thing.

“I’ve gotten to see the world through my camera,” Applewhite said. “You meet everybody from presidents to popes to people in the street. Life has been an adventure, one I could not have imagined.”

Applewhite is a proud WKU alumnus and will be inducted into the WKU Hall of Distinguished Alumni on Oct. 18. Whether it was his time on campus or working hard in the Herald newsroom, Applewhite has strong ties to the community.

“The Herald and Western have never let me forget where my home is,” Applewhite noted. “That embrace has sustained me and given me roots.”