What is pomping? All of your Homecoming questions answered 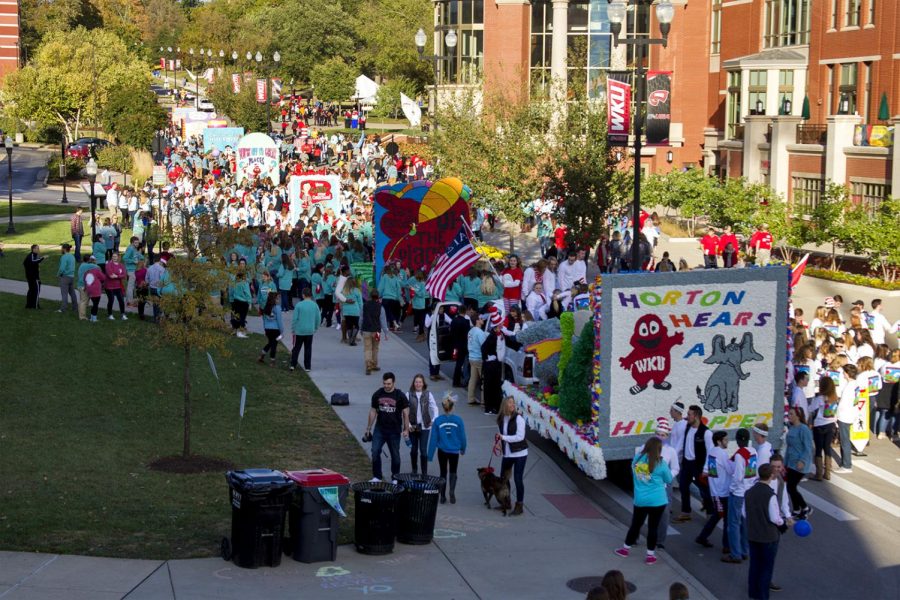 Members of the greek community gather around their floats as they prepare them for the Homecoming parade Friday, Oct. 21, 2016, on Avenue of Champions. Hundreds of hours of work and preparation are put into building each float. Megan Strassweg/HERALD

It’s that time of year again: the floats, the sororities and fraternities and the immense school spirit have surfaced in preparation for Homecoming. This year’s theme, “Decades of Spirit,” encourages WKU pride.

To make it easier to immerse yourself in the celebration, here are the answers to your most burning Homecoming questions.

When is the Homecoming Game?

Kick-off for the WKU vs. Charlotte game is Saturday, Oct. 19 at 3:00 p.m. in the Houchens-Smith Stadium. Go prepared with an iconic red towel to cheer on your home team.

When will Homecoming Queen be announced?

The crowning of Homecoming Queen will be announced during the half-time of the Saturday game.

When is the Homecoming Parade?

What is the parade route?

The parade starts at the intersection of College Heights Blvd. and State Street. The parade passes Fountain Square Park before traveling up College Street and ending at Cherry Hall.

“Pomping” is the art of rolling tissue paper into tiny balls that decorate the outside of the parade float. Once the structure of the float is complete, those working on the floats spend hours rolling hundreds of “pomps” the add to the detail of the float. The pomps are then glued to the structure to make the extravagant float you’ll see on Friday.

Features reporter Taylor Metcalf can be reached at [email protected]