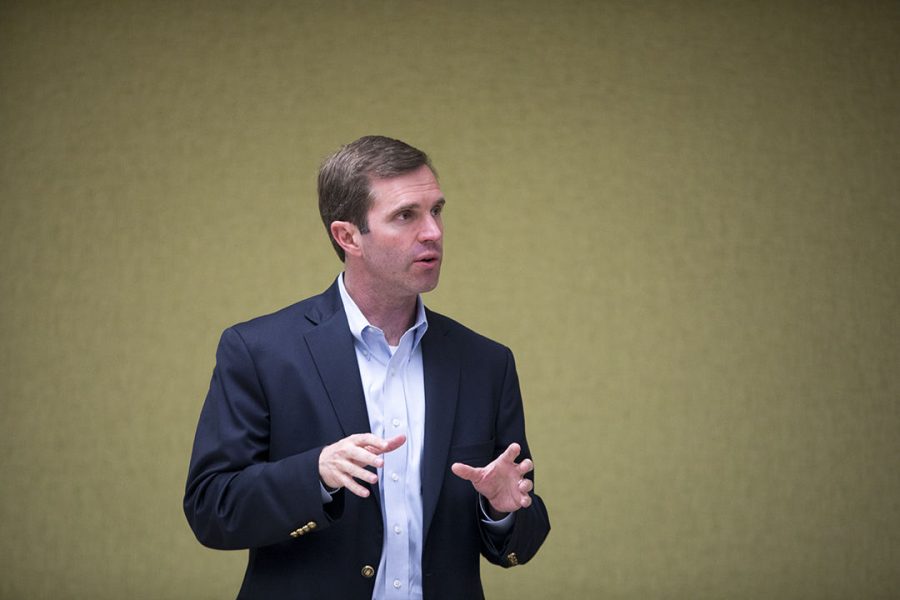 Higher education and its funding were contentious topics between Governor Matt Bevin and Attorney General Andy Beshear, who battled it out on the debate stage at the University of Kentucky.

In his reply, Beshear said that funding higher education would be a major priority for his administration, and touted his record in fighting Bevin’s budget cuts.

“I don’t just believe in higher education, I’m willing to fight for it,” Beshear said. “Ninety days into my term as AG this governor illegally cut the budgets of all our universities and community colleges, but I stood up to him. We won. We returned $18 million where it belonged.”

Later on in the debate, Bevin spoke of his efforts to prepare students for “jobs that exist,” whether or not those jobs required a college degree.

“We looked at construction trades, we looked at logistics and we looked at advanced manufacturing,” Bevin said. “More than 100,000 open jobs, urban and rural in those areas and we’ve said ‘you apply for whatever financial aid you can get and the state will pay the difference between what you’re eligible for, no matter your need, and the cost of that for up to two years.”

“We have to create the workforce of the future by stopping the fight between vocational and technical education and four-year college degrees,” Beshear said. “The fact is, we don’t have enough kids in Kentucky getting either and it’s time that we get every single child into one of those two paths.”

Election day for Kentucky is Nov. 5.