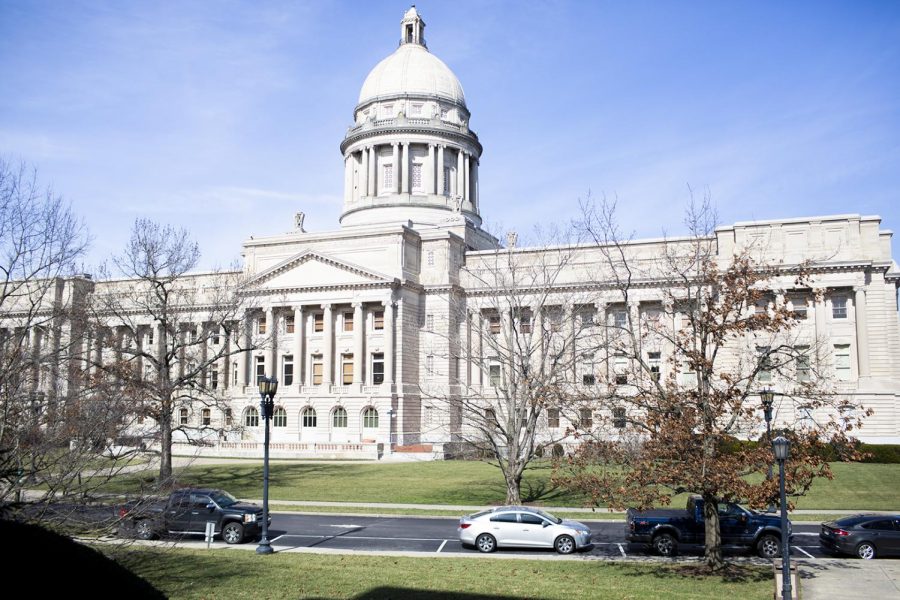 House Bill 358 is intended to help address the increasing cost of participating in the Kentucky Employee Retirement System for many Kentucky colleges like WKU. In a 76-21 vote, Kentucky’s House of Representatives approved the amended bill on Feb. 27, and the Senate Standing Committee on State and Local Government planned to discuss the bill on Monday.

A recent report ranked the state of Kentucky eighth-worst in the nation in affordability of higher education, according to the Center on Budgets and Policy Priorities.

Kentucky is also one of 19 states that cut higher education funding by more than 20% between 2008 and 2018. This exceeded the national average of a 13% cut.

“Cuts to higher education don’t save money, they just shift costs over to students. Tuition at a four-year college now costs the average Kentucky student $2,943 more than it did before the recession,” Dr. Ashley Spalding, the Kentucky Center for Economic Policy’s Senior Policy Analyst, said in a KCEP press release. “Many Kentuckians can’t afford these rising costs. A student could buy a used car to get to class and work for that amount.”

For black and Hispanic families, the tuition burden is even worse. The price of college is listed by the CBPP as 40% of a black household’s median income, and 34% of a Hispanic family’s.

Gov. Matt Bevin has been unapologetic about making cuts to the higher education system, saying that he wants to see more students going into vocational or technical schools.

Bevin’s challenger in the race, Attorney General Andy Beshear, has opposed Bevin on the issue of higher education, saying that he would restore funding if elected.

“We have to create the workforce of the future by stopping the fight between vocational and technical education and four-year college degrees,” Beshear said at the debate. “The fact is, we don’t have enough kids in Kentucky getting either and it’s time that we get every single child into one of those two paths.”