WKU enrollment is down. What does that mean for the university and prospective students? 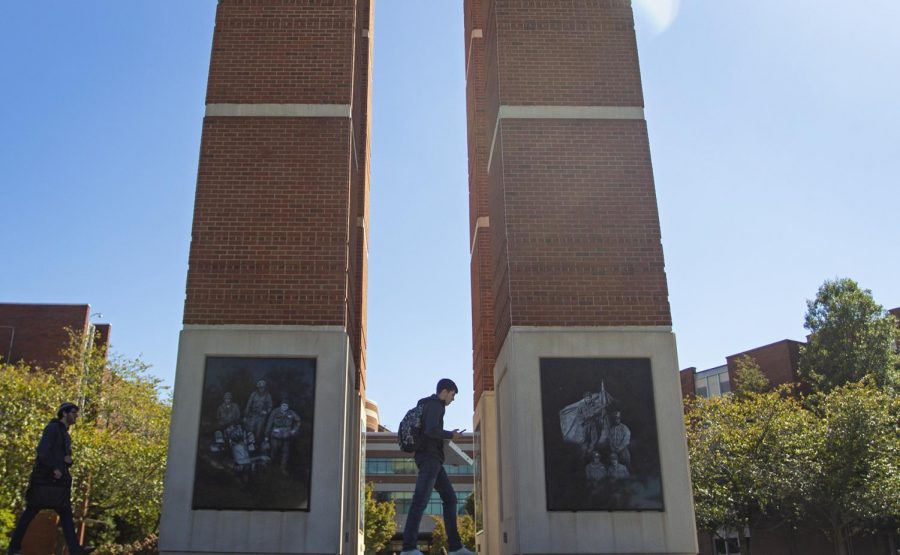 WKU’s enrollment has fallen by 1,278 students, according to numbers from Institutional Research.

While enrollment is down more than expected, there has been an uptick in out-of-state students, helping to offset the budget concerns of the declining enrollment, according to Susan Howarth, executive vice president for strategy, operations and finance.

“The enrollments are down slightly, which we budgeted for,” Howarth said Friday at committee meetings of the Board of Regents. “The good news is, if you look at net tuition revenue, we’re tracking fairly close to budget, which is really good… We’re recruiting more students from out-of-state, so our nonresident tuition is over budget.”

Howarth said that WKU’s expected revenue from tuition may be down slightly, but she does not expect it to be a significant amount.

As WKU addresses its enrollment decline, it may have to address a number of issues that former prospective WKU students raised when explaining why they didn’t pick WKU.

When Alarah Gillum was deciding on a college, she gave serious thought to WKU before choosing the University of Louisville.

Gillum, now a triple major, chose to go to U of L over WKU because of the ability to create her own major, international peace studies, as well as scholarship opportunities.

“I wanted to stay in Kentucky because of the GSP scholarship, but a lot of my decision after that came down to the majors that were offered,” Gillum said.

While there are fewer college-age people attending college in Kentucky, this decrease still contrasts with enrollment at other Kentucky colleges. Murray State University and the University of Kentucky are experiencing an increase. Murray State’s freshman class totals 1,420 students. For UK, over 5,396 freshmen enrolled, 319 more than last year.

WKU is addressing this problem in several different ways.

WKU created the Summer Scholars Program this year, a five-week program for high school students to become more acclimated to life at WKU. Students in the program took two full-time classes and had to maintain a 2.0 GPA.

“We essentially created a bridge from high school to the first year,” Caboni said.

Similarly, WKU changed the way ACT scores are used when awarding scholarships. Starting in the fall of next year, ACT scores will no longer be utilized for the majority of WKU scholarships, and the minimum GPA requirement will be decreased from 3.3 to 3.0.

The change will allow WKU to become more competitive in recruiting students from Kentucky and middle Tennessee, Caboni said.

During a press conference about the change, Caboni said this change comes as WKU experiences a decline in “the 18-year-old cohort.”

When Sam Burgheim was deciding on a college, he thought about attending WKU, but financial troubles prevented him from enrolling.

Burgheim, who is from Erlanger, wasn’t sure what he wanted to study but said he was interested in broadcasting.

A week before he began the freshman orientation process, Burgheim said he decided against coming to WKU.

“I had everything planned,” Burgheim said. “Room and board was paid — really it just came down to the money situation, and I didn’t for sure know what I wanted to do.”

Instead, Burgheim chose to enlist in the Army in 2016. Since he left in 2018, he has thought about returning to get his degree.

Jace Lux, director of the Office of Admissions, said WKU can provide many different opportunities to its students.

“We take our student-centered approach seriously, and it’s reflected in every decision the university makes,” Lux said in an email. “I say it often when meeting with families, but WKU can provide an experience that simply cannot be found elsewhere.”

Various projects like the First Year Village and WKU Commons are designed to attract students to WKU and will help to increase student success, Lux said.

“We aren’t an institution that’s only good at one or two things,” Lux said. “Each of our academic colleges offer programs that have gained national and international distinction and have attracted faculty who have been recognized as being at the top of their respective fields.”

Lux also said WKU provides strong programs in each of its colleges. WKU is committed to providing programs that meet student expectations and guide students into “applied learning and internship opportunities.”

“The last thing we want is for a student to come here, accumulate debt and leave without a degree,” Lux said. “We know that the decisions we’re making are positioning students for success at WKU and beyond.”

“That’s troubling,” Lux said. “These aren’t students who decided they liked some other university more than WKU; they just didn’t go to college anywhere. It’s so important that students understand the value of a college degree.”