Behind the mask; Former Big Red details his love for WKU 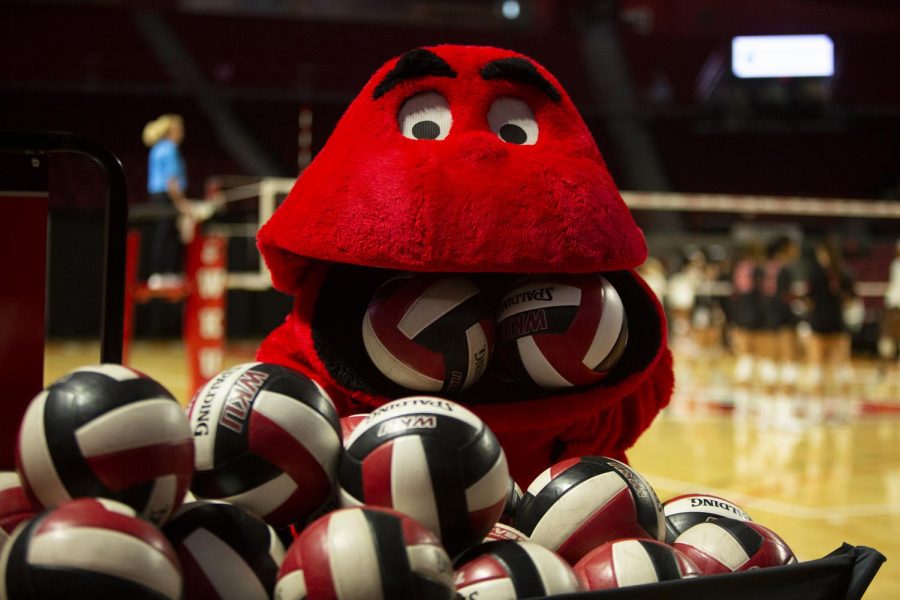 When O’Brian McKinley was a freshman at WKU, he was fascinated by Big Red. As he watched the mascot perform at football games, he was enamored by the mystery of the people inside the costume.

A year later, McKinley became the man inside the mascot.

McKinley heard about Big Red auditions from his then-girlfriend, who worked in the office that coordinated Big Red at the time. She told him the auditions were coming up and that he would probably want to try out.

“I looked at it as a challenge and an opportunity,” McKinley said. “And the rest is history.”

McKinley only remembers two people being Big Red before him. Big Red became WKU’s athletic mascot in the fall of 1979, according to the WKU Sports website.

Big Red was created by Ralph Carey, a 1980 WKU graduate from Cincinnati. The mascot made its debut during the 1979-80 basketball season, according to WKU Sports.

“I remember those Special Olympians coming up and just hugging Big Red and go, ‘We love you, Big Red,’” McKinley said.

For him, that moment made him want to be Big Red even more.

“I love Big Red,” McKinley said. “Who at Western’s campus does not love Big Red? Big Red is a cherished symbol for the university.”

Working with kids was his favorite part of being the man inside the costume.

“Not only for me, but to see the smile on those child’s eyes that they in fact got to touch, hug and see Big Red, although it was cheap portrayal, they were so happy,” McKinley said.

He was always trying to get a laugh out of them. McKinely remembers trying to use what he had learned in an introductory psychology course about how to approach children. He would try to be lower than the child and reach out a hand when approaching them.

When it was time for McKinley to suit up as the mascot, he was strapped into a vest with a large hoop attached. Then, the bottom part of the costume had to go over the hoop and be strapped into place. Big Red’s head is attached with a skateboard helmet which controls the entirety of the movement of Big Red’s mouth. Inside the costume, McKinley would wear black mesh fabric over his face so no one could see who was in the costume.

The whole process took about 20 minutes.

One of Big Red’s popular moves is to put babies, people or balls in his mouth and then spit them back out. In McKinley’s experience, ball-swallowing meant having the balls thrown in his mouth, which resulted in the occasional bloody or broken nose.

At the end of the event, taking off the Big Red costume took McKinley about 20 minutes because his energy level was way down.

“I would always go 200%, and that includes halftimes and everything,” McKinley said.

“When I was told I was Big Red, I hung up the phone and screamed,” McKinley said. “I screamed, and I kept screaming because I was now going to be the university’s no. one mascot.”

When he found out he was Big Red, McKinley was in Pearce-Ford Tower room 314.

“I called my mom and dad and said, ‘You won’t believe what’s happening,’” McKinley said. “They drove down [from Elizabethtown] that day that I told them. We went to Rafferty’s to have a celebratory dinner that I was the new Big Red.”

In McKinley’s book, Big Red was the “true mascot” of college sports.

News reporter Lily Burris can be reached at [email protected] edu. Follow her on Twitter at @lily_burris.