WKU football spending nearly $5,000 to put team in hotel prior to home games 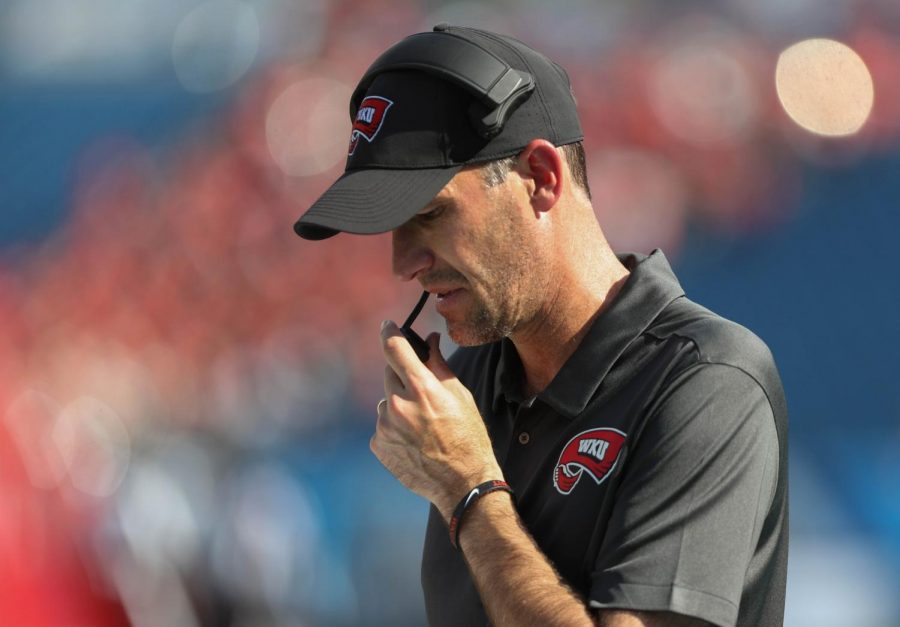 WKU is one of many schools across the country paying the price to put its football players in a local hotel prior to home football games.

The WKU football team spent $4,931.48 per home football game on hotel rooms in 2018, and the program is spending roughly the same amount per home game this season, the Herald confirmed with WKU athletics on Monday.

A GateHouse Media reporter filed public records requests with 109 Football Bowl Subdivision schools. Of the 101 universities that answered the reporter’s requests, 93 of them booked home-game hotel rooms in 2018, including WKU.

The WKU football team was one of the lowest-spending institutions of those that booked home-game hotel rooms in 2018, spending more than 18 reporting schools.

WKU spent more than 26 reporting schools in total — eight reporting teams chose not to stay in hotel rooms for home football games, according to a graphic included in the story.

Kentucky football spent $10,339 per contest on home-game hotel rooms in 2018, while Louisville football totaled $6,541 in spending per games on rooms last season.

The Hilltopper football team is the only WKU program that utilizes hotel rooms prior to home games, but the practice of booking local rooms for players to stay in is notable considering the university allocated $22.6 million to athletics in the 2018-19 budget.

WKU athletics also received $14,772,042 in direct institutional support from the university for the 2018 fiscal year, according to a Herald article published on April 30.

Zach Greenwell, WKU’s associate athletic director for communications and media relations, told the Herald that hotels for home games are necessary largely because of the size of the football team and the logistics that go into WKU’s preparation.

“Housing the team in a hotel the night before games provides a controlled atmosphere in which the program can go through its standard pre-game operations with greater efficiency, including numerous meetings, film sessions and other preparations the night before the game,” Greenwell said on behalf of WKU athletics.

“It also avoids having the team scattered across several different housing areas and provides a more restful environment away from the distractions of a Friday night on campus and beyond.”

The mileage WKU pays varies depending on the distance visiting teams are escorted — teams flying into Bowling Green–Warren County Regional Airport are escorted to campus from there, while those that arrive by bus are escorted from the state line.

Greenwell said providing a state trooper escort for visiting teams is required by C-USA policy, but both non-conference and conference opponents provide the Hilltoppers a police escort when they play on the road.