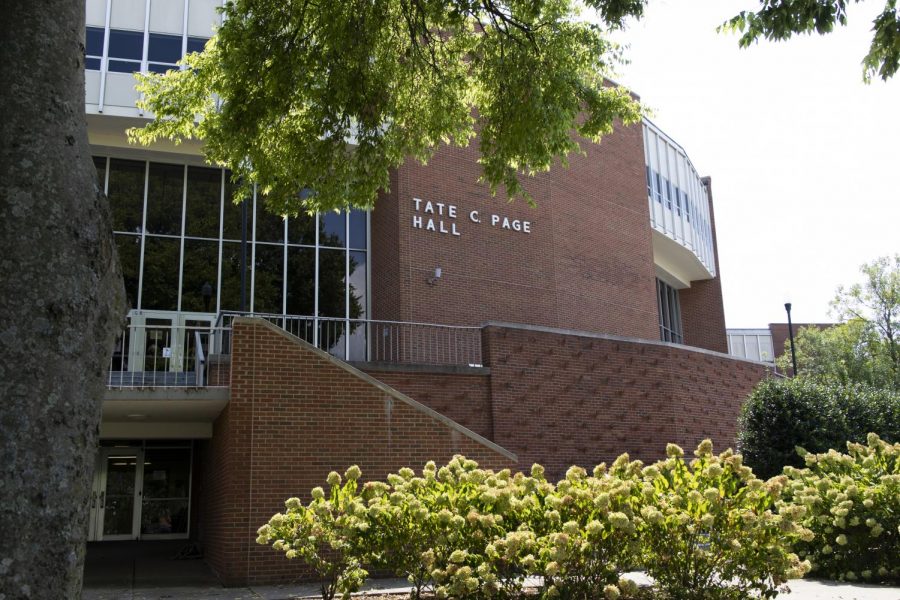 A recent decision between WKU, Academic Affairs and the Department of Facilities Management has set in motion plans to “mothball” Tate Page Hall.

Mothballing is a term used to define when a building or facility is taken out of operation and reserved for possible future use or destruction.

Bryan Russell, chief facilities officer, said that he was mindful of the more than 10 years it took for the building’s status to finally come to a head.

“The Department of Facilities Management is leading the effort to mothball the building,” Russell said. “From the outside looking in, there will be no change.”

Tate Page Hall was built in 1970 and was previously referred to as the Education Complex. Since then, it has racked up a slew of complications, ranging from multiple black mold removals, issues with the steam valve and renovations.

In 2010, Gary Ransdell Hall was put in service and ultimately replaced Tate Page. The occupants and classes were relocated to the new building over time.

“Anytime you have a building empty, it usually gets filled back up with others needing space,” Russell said.

For the last several years, the building has been used as swing space. Jessica Steenbergen, scheduling applications coordinator at the Provost’s Office, oversaw the relocation in departments moving in and out of the building.

Tate Page is virtually empty now, only occupied by a small group of Aramark staff, who are moving to their new home in the Gender and Women’s Studies building.

Nenna Shomler, one of the last remaining occupants, was optimistic about the future.

Renovations on the north wing of Kelly Thompson Hall began in December 2015, and during that period, its residents were moved to Tate Page.

Renovations were recently completed, and Kelly Thompson opened back up for classes this semester.

After everyone is officially moved to their new space, the mothballing will begin.

“We made a conscious decision to mothball the building, which is a little different than taking it totally down,” Russell said. “We will maintain a minimal services to the building. We will maintain the fire signaling. It will still be connected to the central system, so in the event of a fire they will be notified.”

The building will predominantly be offline for general use. Only Facilities Management will be able to enter and do inspections of the building.

In order to get Tate Page into a sealable condition, Steenbergen and the Surplus Program spent a large portion of the summer going through and relocating desks, chairs, furniture and anything moveable to other parts of campus in need.

Facilities Management has a strategy for what they’d like to do with the building, Russell said. As funding becomes available, they would like to raze Tate Page in the future.

As part of their capital planning process, they would restore the site into green space, which would expand South Lawn.

Availability of funding determines how long it will take to demolish Tate Page Hall, but are hoping it happens in the next few years.

Students won’t be affected by the mothballing of Tate Page Hall. The patio was recently redone and will still be accessible after the building’s decommission.

Even though it took over a decade for them to get here, Russell said it’s not an unusual time frame.

“We manage six million… square feet in our building inventories, and that includes Housing and Residence Life as well,” Russell said. “It takes a long time. We don’t get the opportunity to build new buildings that often.”

Editor’s note: This story incorrectly identified Scheduling Applications Coordinator Jessica Steenbergen as Jessica Steenburg. A correction has been made. The Herald regrets the error.