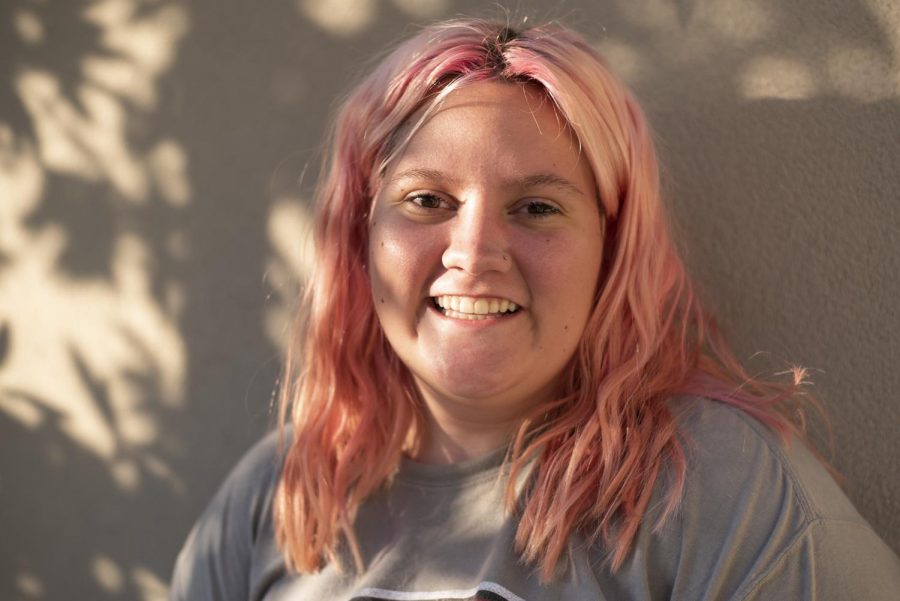 Ashlyn Jones, 20, from Lafayette, LA, is a junior majoring in political science at WKU as well as a member of the WKU Forensics Team. Jones was one of three student founders of Empower Your Health, a new sexual health care and education service for students at WKU.

Every day over the summer, junior Emma Warnecke covered patients at her hometown abortion clinic with blankets or umbrellas as they made their way through protesters. After some time, the protesters began harassing her, calling her by name and revealing personal details she hadn’t disclosed.

She was thrown off guard.

“It was so emotionally draining doing that, but it was a great experience,” Warnecke said. “I learned so much — and so much about what these women have to go through when they walk into the clinic.”

Her experience, volunteering at her hometown abortion clinic in Detroit coupled with an internship at Planned Parenthood Louisville in 2018, inspired her to bring sexual education to WKU.

Warnecke said Empower Your Health will educate and bring resources to students.

“We offer resources,” Warnecke said. “I mean, I got, like, 500 condoms sitting in my apartment right now ready to pass out.”

The main goal for Empower Your Health is to create a system at WKU where students can access free emergency contraception anonymously, Warnecke said. The organization also plans on tabling across campus at different events.

Warnecke is a member of the WKU Forensics Team and plans on having Empower Your Health present at the Forensics event “BODIES: Reclaiming Sexual Autonomy Performance Night.”

After college, Warnecke plans to have a career in law, focusing on women’s reproductive rights and healthcare.

“In today’s political landscape, it’s so unbelievably necessary to have groups like this in places like Bowling Green, because we don’t have any other resources,” Warnecke said.

Planned Parenthood programs and policy associate Sara Hall worked with Warnecke during her internship with Planned Parenthood in Louisville. Hall said she is excited Warnecke is working to bring resources about reproductive health to WKU.

Hall explained Generation Action chapters are important because they bring the voices of young adults “to the table.”

“I think that it is really important for young people to be engaged and to be mobilized, and working on a campus is a great way to engage their peers and to work together to see the changes that they want, that reflect their values,” Hall said.

“We are definitely preparing for the fight for the upcoming legislative session, and our Generation Action chapters will be very crucial to that,” Hall said.

While Empower Your Health gears up for the rest of the semester, Warnecke said the organization expects some backlash from members of the Bowling Green community due to the current political landscape.

“In the work that I want to pursue and the work that we want to do right now … we face backlash all the time,” Warnecke said. “We are not scared at all.”