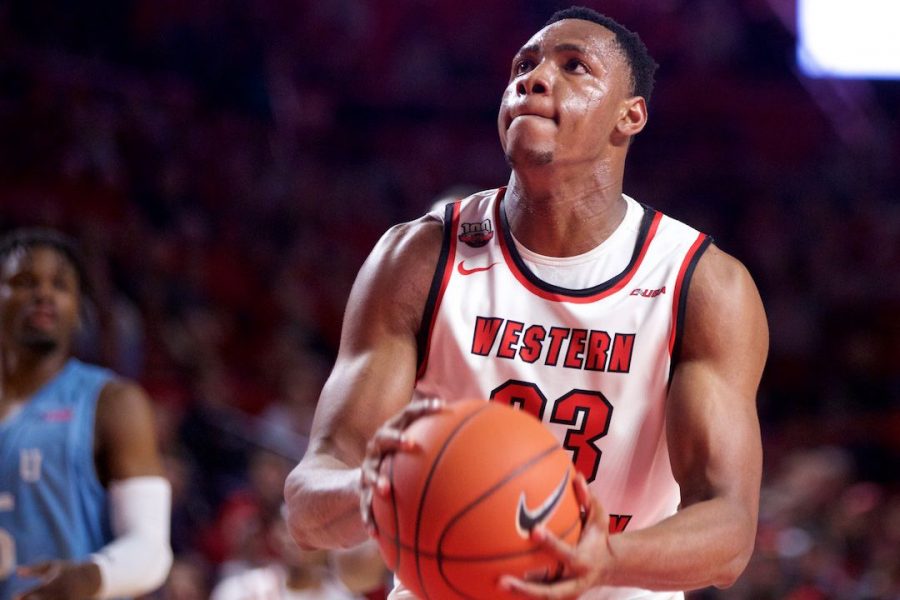 Freshman center Charles Bassey shoots a free throw during WKU's loss to Florida International Thursday in Diddle Arena. Bassey was 1 for 2 from the free-throw line and scored eight points in the loss.

WKU fans will be able to get their first look at the 2019-20 Hilltoppers and Lady Toppers during the event, which will feature a new format for this year.

Both programs will still be introduced and will go through scrimmages on John Oldham Court, but unlike years past, the men’s team’s scrimmage will be a full-length open scrimmage in front of the Hilltopper Hysteria crowd.

There will also be contests and promotions on the court during breaks in the action. After introductions and scrimmages are completed, both teams will conclude the event with an autograph session on the court.

Women’s basketball season ticket holders will be able to secure remaining seats from Oct. 7 through Oct. 9. Starting at 8 a.m. on Oct. 10 through the time of the event, free tickets will be available to the general public.

Parking is also free for the event, according to a release.