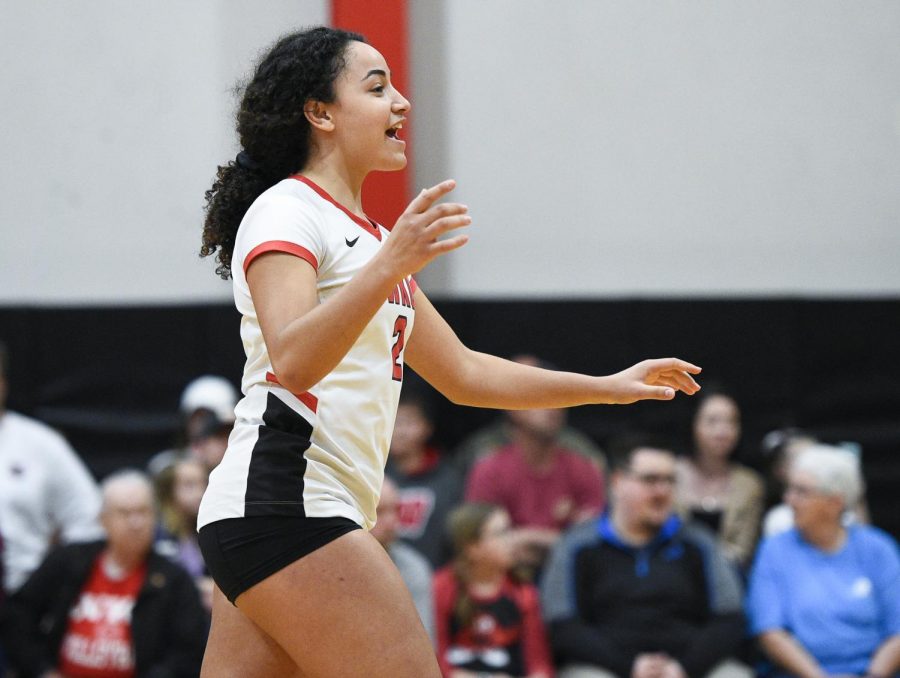 The new Lady Toppers had stellar performances in both of their regular season debuts on the Hill, helping WKU to a 3-0 start and a Toledo Blue & Gold Tournament title over the weekend.

In her first time on the court for WKU after transferring from Xavier in January, Dieudonne delivered a 20-20 double-double stat line with 54 assists and 20 digs.

By the end of the weekend, Dieudonne finished with 130 assists and 35 digs to average a double-double in her first three matches of the season.

Briggs, a true freshman, immediately made an impact for the Lady Toppers by putting up double-digit kills in all three victories while recording two double-double performances.

Briggs delivered 44 kills, 34 digs, four aces, three assists and two blocks to go along with her .336 hitting percentage from the outside, leading her to being selected to the Toledo Blue & Gold All-Tournament Team.

WKU’s early season road swing continues this week, as the team will head to Louisville to participate in the Fleur de Lis Tournament.

The team’s first game against Arizona State starts at 9:30 a.m. on Friday. Later that evening, WKU will meet host team Louisville at 6:30 p.m. The Lady Toppers’ last game of the weekend will take place against Tennessee Tech on Saturday at 12:30 p.m.