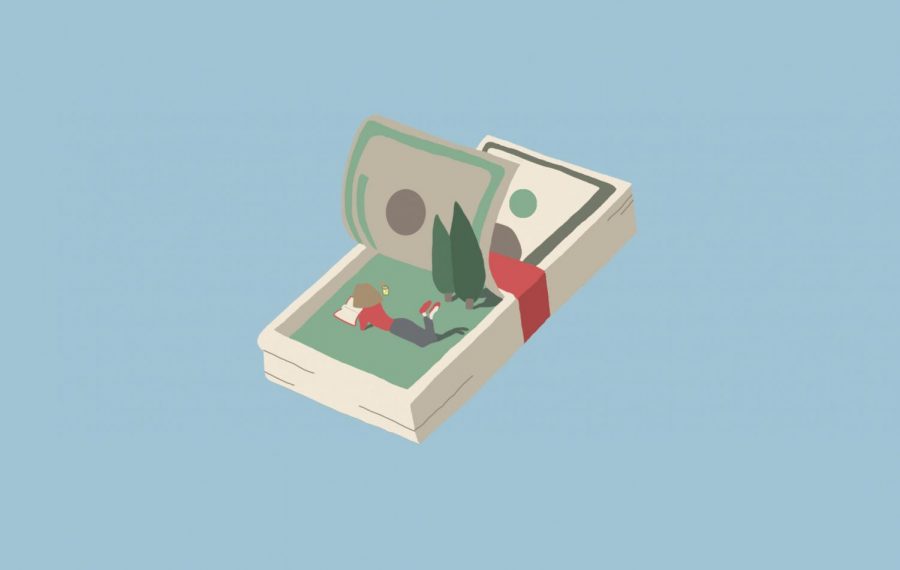 Issue: Former WKU Provost Terry Ballman’s position as assistant to the president entails a one-year salary of $255,000, but comes with no responsibilities and has no potential benefits for the university.

Our stance: WKU paying Ballman more than a quarter of a million dollars when it is in an $8 million budget crisis is irresponsible and another example of the university mishandling its funds.

Following her resignation, Ballman was given a “landing spot” by becoming a special assistant to the president. It holds no real responsibilities, but pays her the same amount that she made as provost.

While it may be common practice to help faculty with high-ranking positions in higher education find their next seat at a university, the large amount of money Ballman will receive is the textbook definition of unearned.

“That was an awful experience professionally for Provost Ballman, and one of the things that we do in higher education is we give her a chance to move on to the next thing,” President Timothy Caboni said to the Herald on Friday. “That’s what that position allows her to do, is to have … a landing spot, and an ability to move onto whatever’s next in the next year.”

Millions of Americans will work around-the-clock this year and not come close to earning what Ballman will make while she does nothing to provide a service to those paying her. However, if one of these people in a low-level position made mistakes that lead to protests and coverage from national media outlets (like Inside Higher Ed), then they would be sure to lose their job.

“It is a one-year appointment with, essentially, no responsibilities,” Caboni also said while meeting with the Herald. “It’s a one-year severance package.”

Ballman received a vote of no confidence because of egregious mistakes (mainly forcing Dean Larry Snyder to step down from his position) that sent fear throughout WKU faculty regarding their job security and how programs would be funded. Caboni told the Herald on Friday that WKU’s historian and former provost, David Lee, could not remember a time in WKU history when this had happened before.

It is gracious of WKU to help Ballman relocate after her failed time as provost, which was originally supposed to be a five-year stint, according to an April 2018 letter from the Office of the President to Ballman, but it does not take over $250,000 to help a person relocate.

Giving Ballman the same amount she earned as provost is a misstep that is sadly a fitting end for the setback her time at WKU brought. To put it in perspective, Ballman will be paid what is roughly equal to 3% the amount WKU is trying to make up in its budget crisis, and it will come after less than a year of work where her biggest decision was reversed.

This is not to say Ballman does not deserve a second chance in higher education, but there is a difference between being helpful to someone during a hardship and letting a powerful person off the hook after they make decisions that are almost universally loathed by those they serve.

The previously mentioned letter from the Office of the President to Ballman states she would earn the same as her salary as provost if she completed her planned five years or was terminated without cause, and if she was terminated with cause then she would receive no severance.

Regardless, Ballman resigned and was given the equivalence of a severance that came with termination with no cause, even though her time ended early for obvious and justified reasons.

If WKU wanted to end the Ballman situation diplomatically, she should have been given a salary around half of what she is currently being paid (along with the university paying for her moving costs like it did after she left California State University, San Bernardino), while the rest of the money goes to fund notable programs that will suffer from budget cuts.

This way Ballman would have been adequately taken care of while students and faculty finally benefited from this blunder.