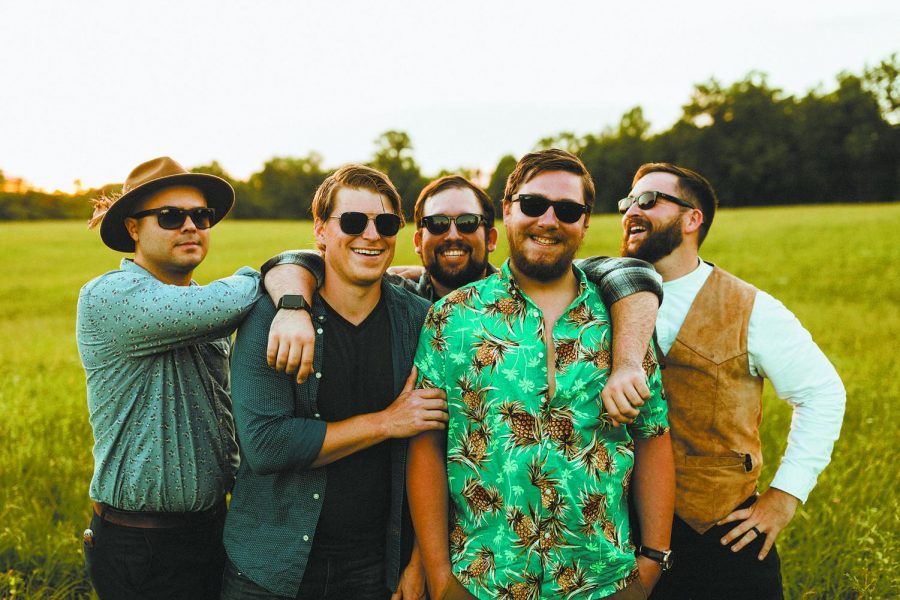 Jordan Allen thinks listening to music should be an experience.

A WKU alum and the frontman of his band Jordan Allen & The Bellwethers, Allen said the current culture of music is fast paced and rushed. He doesn’t want his music to be experienced that way.

“There was a time before when records … you put it on, and you make coffee, or you poured a beer or a glass of wine, and you sat and listened to it,” Allen said. “It was an experience, and I think that’s kind of what we all are. We are pretty much old souls.”

Allen described his band’s music as a mix between Lynryd Skynyrd and the Avett Brothers, but his focus when writing, singing and playing the guitar or bass is on the element of storytelling, not how it sounds.

“Everything we do is to support storytelling,” Allen said.

Songwriting is “addicting” for Allen, he said. He writes a new song each week, plays gigs with his band and by himself and plays bass for a friend’s traveling band. Music is his full-time job.

But it wasn’t always that way.

After graduating from WKU in 2016, Allen moved back to his hometown, London, Kentucky, and married his wife, Courtney.

Between each of them, the newlyweds had five jobs, which Allen said was difficult for them.

Everything changed for Allen after he heard a podcast featuring country music artist Chris Stapleton. Allen was working at a bank and writing songs on the side, but when he heard the podcast, he said it changed his life.

He decided if music was what he wanted to do, he needed to write a song each week.

At the time, he was still working at a bank. In 2018, Allen said Courtney was working three jobs but quit to become a full-time personal trainer.

Allen said his wife told him doing what she loved full time was the “best feeling in the world” and he needed to try it.

His life shifted when he decided to quit his job at the bank and make the transition to working on music full time.

“It’s a mindset,” Allen said. “You just have to go for it, and for me, I’m having faith that if the birds eat, I’ll eat. If God’s going to feed the sparrow, he’s going to feed me.”

Allen said not being tied to a 9-to-5 job has allowed him opportunities he wouldn’t have had otherwise and has even been the subject of a song that means a lot to him.

The father of a six-week-old girl, Allen wrote his song “Daughter of a Dreamer” three days before she was born.

The song was easy for him to write. It was like talking to her before she was even born, he said.

Allen is a man of faith, but the songs he writes don’t fall into a “Christian radio” category, he said.

“People in the places we play, they don’t want to hear ‘Amazing Grace’ or ‘Jesus Paid It All,’” Allen said. “They want to hear real-life situations that they can relate to.”

He said he guarantees anyone who listens to his band’s album, “Weary in Well Doing,” can find one song that resonates with them. It has a little bit of everything, he said, from sad songs to happy songs and funny songs to serious songs.

“The greatest compliment anyone can ever pay me is to say that some- thing that I said helped them get through something, so that’s why I say listen to the whole record,” Allen said.

He doesn’t know if he’s meant to play venues the size of Bridgestone Arena or write hits to top the charts.

He doesn’t know if he’s meant to play in a church.

But one thing is for sure, he said. Music is his calling.

“I think I’m always meant to do something: play,” Allen said. “Even if its just to my daughter.”