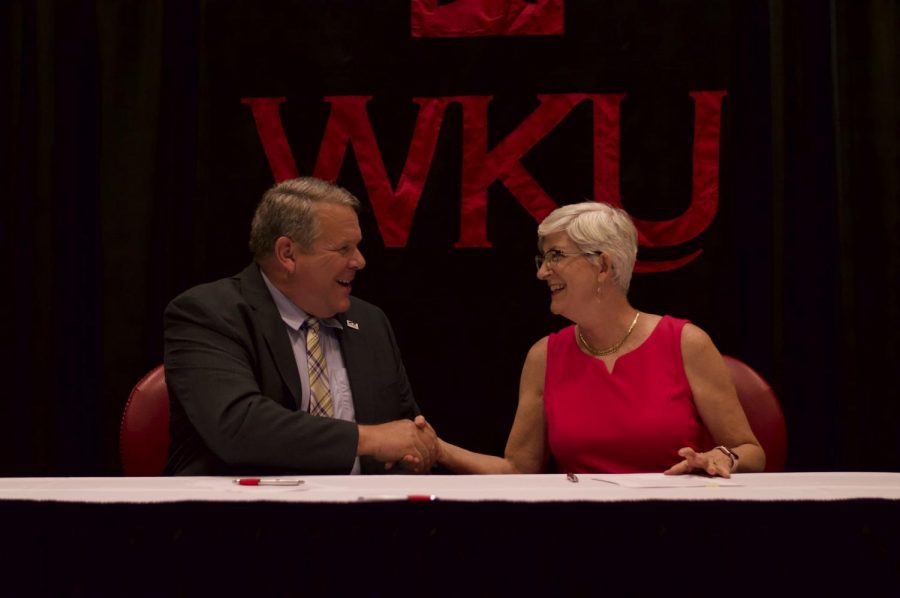 WKU has joined the University Center of Southern Kentucky, through a partnership with Somerset Community College.

According to the SCC website, the UCSK is a partnership with multiple state universities which brings bachelor degree programs to SCC without students having to leave for a four-year university.

“I am excited about the number of students contacting us who are anxious for Western to be on campus,” Trent Pool, director of UCSK, said before the signing event on Thursday. “It’s exciting to see the excitement in our region.”

Pool said that the agreement will create programs focusing on middle-grade math and science education.

Pool said that, along with WKU, programs are available through several state universities, including Morehead State University and the University of Kentucky. Pool said that the program essentially makes SCC a satellite campus.

The partnership will allow for the creation of bachelor degree pathways for SCC students, according to a news release.

Carey Castle, president and CEO of SCC, represented the school at the ceremony.

“This is a great opportunity for those students who want a four year degree,” Castle said.

Castle said the partnership allows students at SCC to both begin and finish a four year degree at the college, with no transfer to a four year university necessary. He also said the implementation of these programs will take place in the fall of 2020.

According to SCC’s website, UCSK collaborates with various state universities, including Morehead State and University of Kentucky to provide education to Somerset students.