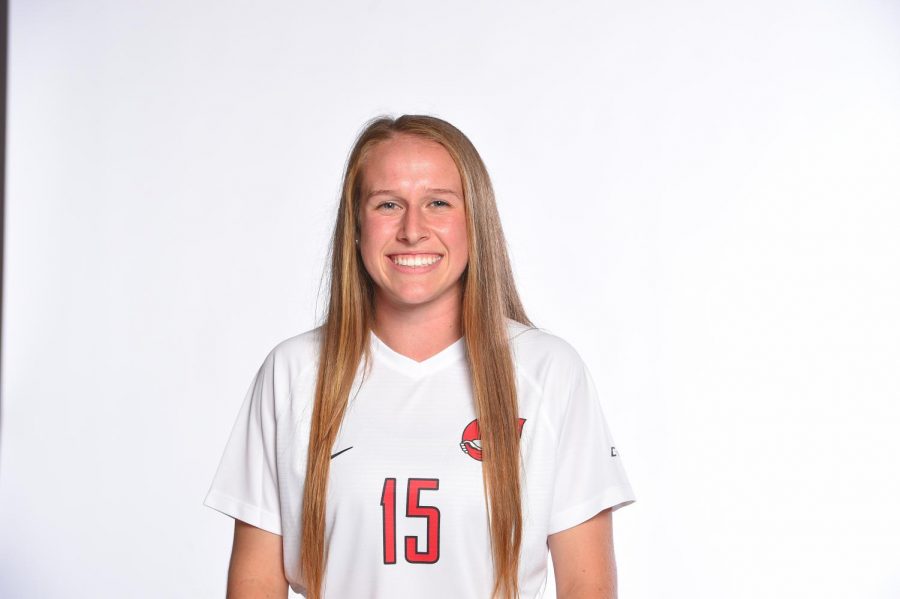 In a vote by the 14 Conference USA head coaches, WKU soccer was picked to finish 10th in the conference and sophomore Ambere Barnett was selected to the All-C-USA Preseason Women’s Soccer Team, as announced on Monday afternoon by the league office.

Barnett, a native of Rockport, Indiana, started 16 matches for the Lady Toppers last fall. She led the Lady Toppers offense last season by netting in seven goals, assisting on eight goals and tallying 22 points — tied for the seventh-most points in a single season in WKU history and the most by any Lady Topper since 2012.

Last October, Barnett was named to the All-C-USA First Team and C-USA All-Freshman Team after showcasing her skills last season.

She became just the second Lady Topper in the program’s 18-year-history to record multiple five-point matches in a single season. Barnett displayed consistent efforts throughout her 2018 campaign by notching at least one point in eight of her 17 matches played.

WKU is looking to utilize their offense as an advantage point this season, as the Lady Toppers return three of their top five goalscorers from last season. Of WKU’s 32 goals scored last season, 23 were scored by players who will be returning in 2019.

A season ago, the Lady Toppers scored 32 goals overall, with 17 of those coming during conference play. The Lady Toppers ranked fourth in C-USA last season in goals scored and they also led the conference in assists with 35.

The Lady Toppers offense was firing on all cylinders last fall, as they scored four or more goals in four different matches, including a nine-goal outburst against Kentucky Christian for the program’s most in a single match since 2002. WKU’s nine goals against KCU marked the most goals that a C-USA team scored during a single match during the 2018 season.

North Texas, which has won four of the last five C-USA league titles and two straight tournament titles, was selected to repeat as champions, while Florida Atlantic and Rice rounded out the top three. WKU earned draws against both North Texas and Rice last year.

C-USA will maintain the same format for its postseason tournament this season, with only the top eight teams in the conference standings at the conclusion of the regular season getting a chance to further their seasons.

Barnett and the Lady Toppers will begin their first of three exhibition matches on Wednesday evening at 6 p.m. against Murray State at the WKU Soccer Complex.

WKU started its 2018 campaign against the Racers last season, losing in a nail biter 1-0. WKU will then welcome Wright State on Friday at 6 p.m. and Austin Peay on Sunday at 6 p.m. to close out its exhibition slate.

The Lady Toppers will kick off the regular season at 7 p.m. on Aug. 22 by hosting regional foe Belmont.

All matches hosted at the WKU Soccer Complex during the 2019 season will feature free admission for all fans.