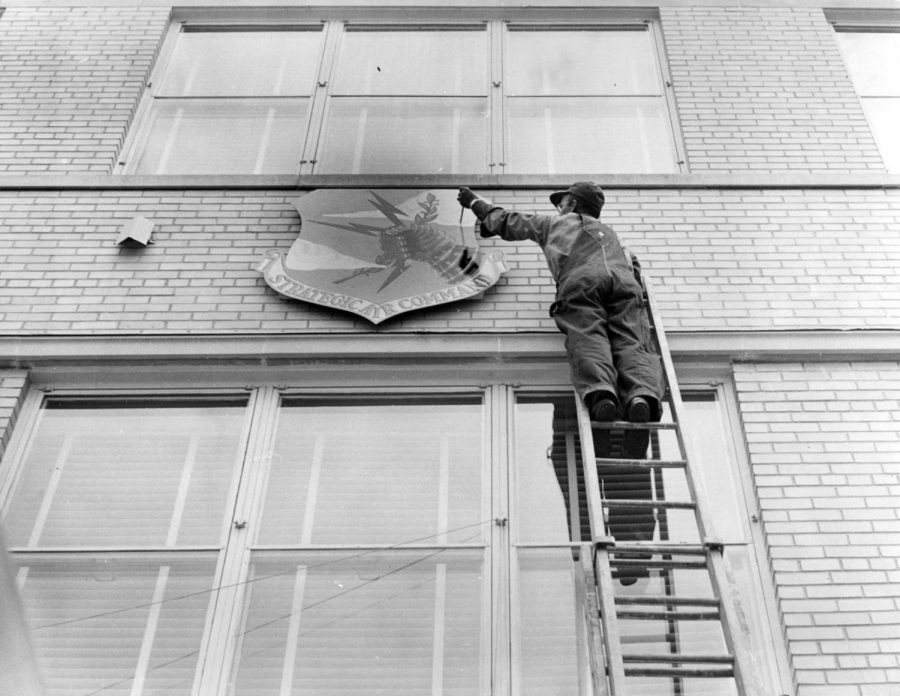 Painter Frank Anania places the final bolt in the SAC emblem, newly placed on the command building at Strategic Air Command headquarters. After the command was created in 1946, SAC headquarters were moved from Andrews Field, Maryland, to Offutt Air Force Base. SAC’s high-flying reconnaissance planes and bombers would go on to play a global role from the onset of the Cold War through the last bomb of the Persian Gulf War.