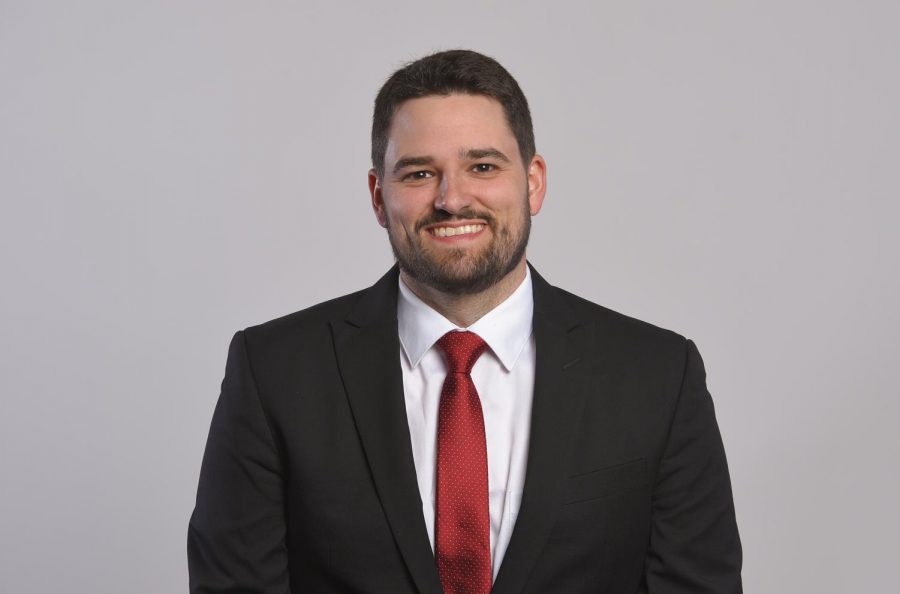 Zach Greenwell, a 2011 WKU graduate from Ekron, is the new associate athletic director for communications and media relations. Previously, Kyle Neaves held this position and works at the athletics department at Colorado State University.

“To be working in Diddle Arena, to be able to run our media relations department, to continue to build our brand and spread our message, is just a dream come true,” Greenwell said.

While at WKU, Greenwell studied journalism and was sports editor for the Herald. After graduation, he worked at the Madisonville Messenger and then the Bowling Green Daily News as a sports reporter. In 2016, he left journalism and began working for WKU athletics where he led media relations for men’s and women’s golf and worked with the media for men’s basketball. He said transitioning to public relations was “pretty smooth.”

“A lot of the skills that you use in journalism relate; we’re just using them to a different theme and to spread a different message,” Greenwell said.

Greenwell is happy to be working with people he’s worked with previously, even if it’s in a different way than before. He feels like his time as a reporter will give him a different perspective on this job and allow him to be more relatable to reporters.

This position is more than writing press releases and keeping up with statistics.

“In today’s world with social media and the tools available to us, I think the best we can do is tell the stories of our student athletes and our coaches and really bring them closer to our fans and the people that are invested in programs,” Greenwell said, which resonated with his past in journalism.