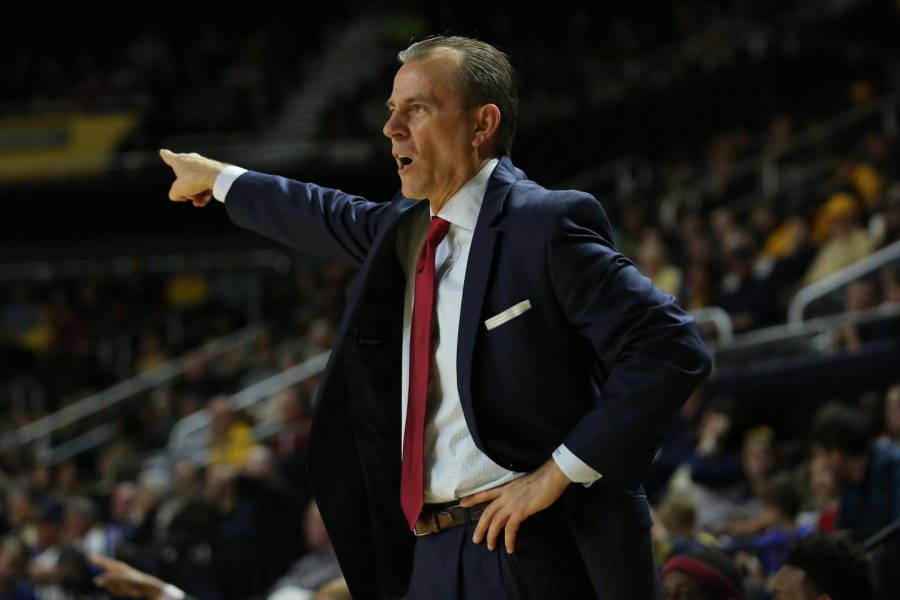 WKU basketball head coach Rick Stansbury has added a couple of new faces to his bench heading into the 2019-20 season.

Stansbury announced the hiring of Phil Cunningham and Marcus Grant to his coaching staff Monday. Cunningham will serve as associate head coach, while Grant will slide in as an assistant coach.

Cunningham and Grant replace former WKU assistant coaches Nikita Johnson and Marc Hsu, both of whom were no longer listed on the team’s roster as of Monday morning.

Hennssy Auriantal — the guardian of both rising sophomore center Charles Bassey and impending graduate transfer Moustapha Diagne — will be the only returning assistant coach from Stansbury’s 2018-19 staff.

“We’re excited to have both Phil and Marcus be a part of our staff,” Stansbury said in a press release Monday. “I’ve known Phil for the majority of my life. I played for his father, and then Phil coached with me for several years at Mississippi State. He also did a remarkable job as head coach at Troy getting them to the NCAA Tournament, which isn’t an easy task there.

“Marcus played for me as a player and then coached eight years with me at Mississippi State. He was a terrific player for us and helped us get to the Sweet 16. He did a great job for me in his years as an assistant coach, and he did the same thing for Coach Cunningham at Troy. Both Marcus and Phil are terrific people, and we’re excited to have them both as part of our basketball family.”

Cunningham spent the last six seasons as head coach at Troy, but the Campbellsville, Kentucky, native has plenty of experience working with Stansbury — he spent 12 years with Stansbury at Mississippi State. He also served as an assistant coach at WKU in 2012-13 under former head coach Ray Harper.

Cunningham led Troy to its first Sun Belt Tournament championship in school history and its second NCAA tournament appearance ever in 2017, posting an 80–111 overall mark during his tenure.

“I’m very thankful to Coach Stansbury for providing me with this terrific opportunity, and I’m excited about reconnecting with so many good friends on the coaching staff and in the athletic department,” Cunningham said in a press release. “WKU Basketball has meant big-time tradition and success to me since I was a young kid in Campbellsville following the playing and coaching career of our hometown hero Clem Haskins, and I’m fortunate to be a part of this storied program once again.”

Grant is familiar with both coaches, spending the last six seasons on Cunningham’s staff at Troy and working with Stansbury at Mississippi State for eight years previously. Grant was Troy’s associate head coach during the last four seasons and also played for the Bulldogs when Stansbury was an assistant coach during the early 1990s.

“I’m excited about the opportunity to join Coach Stansbury’s staff,” Grant said in a release. “Western Kentucky is rich in basketball tradition, and I look forward to becoming a part of the university and the community.”

The pair of familiar faces will look to help Stansbury get WKU back to the NCAA Tournament for the first time since 2013 this March.