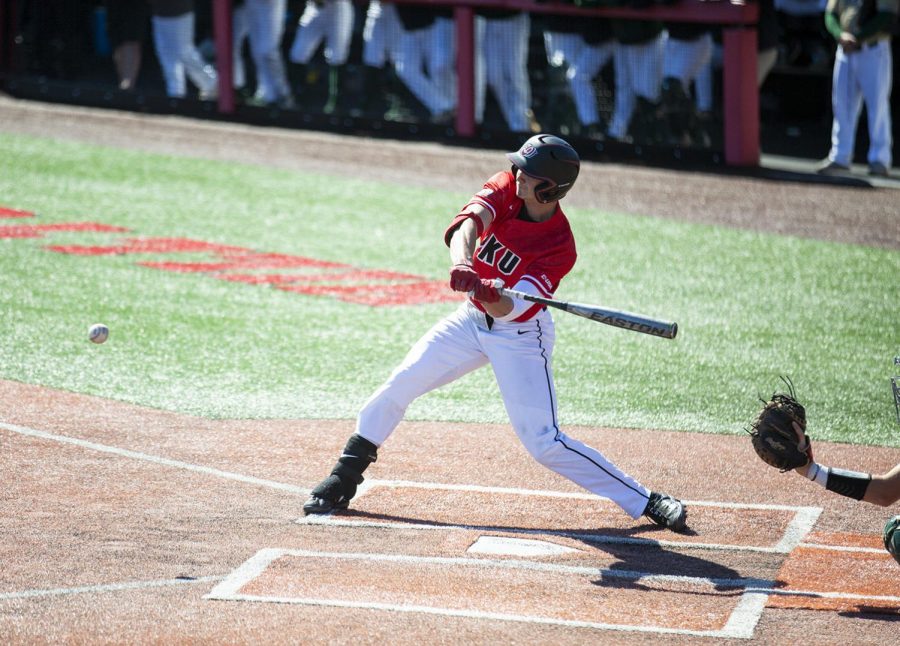 Junior right fielder Jake Sanford was the 105th overall pick in the 2019 MLB Draft on June 4, as the New York Yankees added the Conference USA Player of the Year to their farm system in the third round.

Sanford became the 57th player drafted in WKU baseball history, and the third chosen by the Bronx Bombers. The slugger’s selection made him the fourth-highest Hilltopper ever taken, and only the fourth WKU player ever drafted in the top three rounds of the MLB Draft.

Sanford was also the 13th WKU outfielder selected in the draft and the 22nd WKU player drafted in the past 11 years.

Upon signing his deal with the Yankees on June 6, Sanford became the 111th Hilltopper to sign a professional contract. He joined Ben Morrison, Jacob Rhinesmith and Anderson Miller as active WKU players in the minor leagues.

At pick No. 105, Sanford is the highest Nova Scotia native to ever be taken in the MLB Draft, passing pitcher Steve Nelson, who was taken 160th overall in the fifth round by the Los Angeles Dodgers in 2001.

Since 1900, only two Nova Scotians have ever appeared in the Major Leagues — lefty Vince Horsman, who made 141 appearances out of the bullpen from 1991-95 for the Toronto Blue Jays, Oakland Athletics and Minnesota Twins, and outfielder Rick Lisi, who played for the Texas Rangers in 1981.

Sanford’s 2019 campaign was one of the best in program history, as the junior was named a Dick Howser Trophy semifinalist on May 16 and a Baseball America Second Team All-American on June 10.

Along with C-USA Player of the Year honors, Sanford also collected the C-USA Newcomer of the Year award and a First Team All-C-USA squad nod on May 21 by starting all 56 games while playing every single inning in the outfield.

Sanford was the first winner of C-USA’s regular-season Triple Crown in the league’s 24-year history, posting an eye-popping .402 batting average, 22 homers and 65 RBIs to lead all C-USA batters.

When WKU’s season ended, he led all Division I hitters with a .805 slugging percentage, ranked second with 178 total bases and tied for sixth in home runs.

No longer an unknown commodity, Sanford’s MLB career will begin with heightened expectations — MLB.com listed Sanford in an article titled “Here’s our favorite Draft pick for all 30 teams” and Baseball America cited him as the Yankees’ “Most Exciting Day 2/3 Pick.”