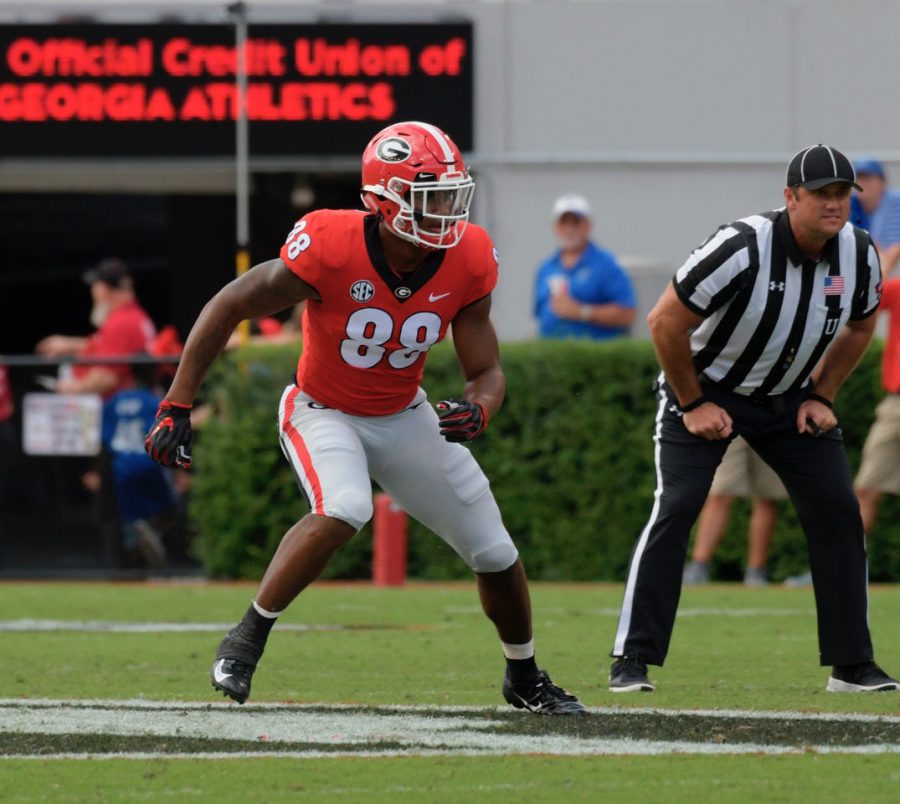 After its linebacking corps was thinned by graduations, transfers and a foot injury sustained by probable starter redshirt senior Eli Brown this spring, the WKU football team is set to bring in reinforcements at the position.

Head coach Tyson Helton announced Thursday that Malik Staples and Jaden Hunter, a pair of linebackers from Power 5 schools, will join the 2019 roster.

“We are excited to welcome Jaden and Malik to our football program,” Helton said in a press release. “Both men add valuable experience and depth in our linebacker unit, and (linebackers coach) Maurice Crum is thrilled to get to work with them.”

Hunter appeared in just four games over two seasons with the Bulldogs. The Atlanta native was highly touted coming out of Westlake High, finishing his prep career as a consensus four-star prospect. Rivals ranked Hunter as the third best outside linebacker in the country and No. 46 player nationally in the Class of 2017.

Staples attended Peachtree Ridge High in Georgia and was high school teammates with Hilltopper offensive lineman Miles Pate. The Suwanee, Georgia, native was rated a three star prospect by most major recruiting outlets. After converting from running back to linebacker in college, Staples appeared in 20 games for the Cardinals during the 2016 and 2017 seasons.

The Hilltoppers will open the 2019 regular season on Aug. 29 against the Central Arkansas Bears, a Football Championship Subdivision squad. The game will be streamed live on ESPN+ at 6:30 p.m.