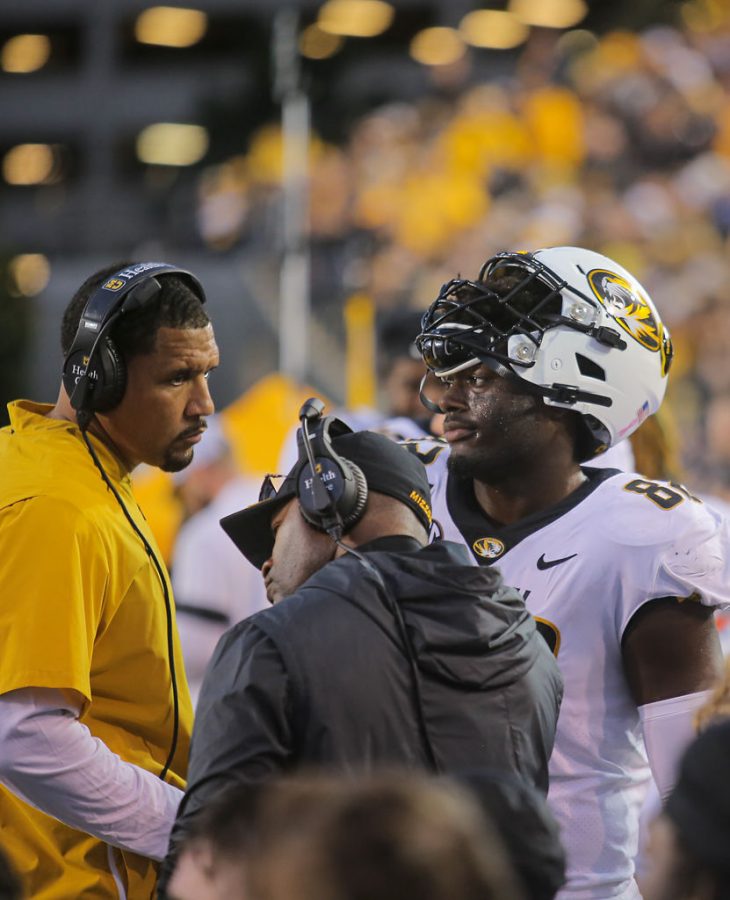 Missouri tight end Daniel Parker Jr., right, looks to the field Oct. 19 against Vanderbiltat Vanderbilt Stadium in Nashville, Tennessee. Parker was arrested for not appearing in court over a speeding ticket.

Missouri senior tight end Daniel Parker, Jr. was arrested Wednesday afternoon for failure to appear in court over a speeding ticket from 2020.

Parker was booked into the Boone County Sheriff’s Department at 3:08 p.m., per the county’s website. He left after posting a $232 bond.

Parker, a 2018 recruit out of Blue Springs High School, converted to tight end from defensive line during training camp his freshman year. He has been used primarily as a blocker the last few seasons, but has 29 career receptions for 240 yards and a touchdown.