30 stunning photos from the Golden Age of Jazz 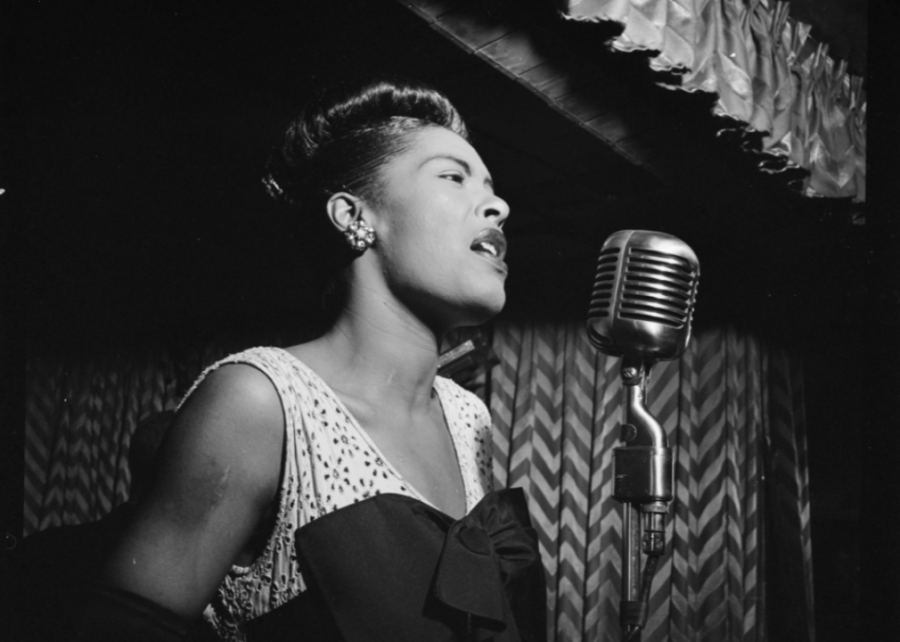 Between the 1930s and the early 1950s, Manhattan’s 52nd Street (also called “Swing Street,” or simply “The Street”) was the hub of the city’s nightlife. The street was home to iconic performance venues including the Downbeat, The Three Deuces, Charlie Parker’s Birdland, Famous Door, Kelly’s Stable, Spotlight, Jimmy Ryan’s, Club Samoa, Club Carousel, The Onyx, The 21 Club (the sole remaining club), and The Hickory House. The area was convenient to musicians because of its proximity to Broadway, where many had other gigs. It was also close to the studios of CBS Radio, where performers often guested, and Sarah Vaughan starred on national shows.

William Gottlieb began writing a jazz column for the Washington Post when he was a college senior in 1938. By the mid-1940s he was a writer-photographer for Downbeat magazine and also shot for some of the nation’s most popular weekly magazines. Gottlieb wrote a book called “The Golden Age Of Jazz,” and in 1995 donated his collection of jazz photos to the Library Of Congress. This collection represents the atmosphere and class embodied in what became known as the Golden Age of Jazz. Stacker reviewed Gotlieb’s collection and picked out 30 stunning photos offering a representative view of that historic era and its major players.

The coterie of headliners who played 52nd Street frequently headed uptown with their instruments after gigs to Minton’s Playhouse in Harlem, a modest after-hours diner. There they would have the jam sessions where they workshopped their new sonic form—“bebop.” Once the foundations were laid for this revolutionary, rapidly paced genre, 52nd Street became the unofficial bebop (or “bop”) capital of the world.

Leading the bop vanguard stylistically and in influence were trumpeter Dizzy Gillespie, pianist Mary Lou Williams, pianist Monk, and drummer Max Roach. One impetus behind bop was setting a pace that was nearly impossible for pretenders to appropriate. Bop artists felt their runaway chord structures and unpredictable changes helped them secure gigs, studio work, and band positions that otherwise could have been occupied by copycats. In the late 1950s and early 1960s, the trend of urban renewal forced New York City jazz to spread geographically—or shutter altogether. The genre also lost peak popularity among the young hipsters, to folk, soul, the Beat Generation, and eventually, the British Invasion exemplified by The Beatles. The last traditional jazz spot there closed its doors in 1968; the 21 Club exists solely as a bar and restaurant now.

Gottlieb’s photographic treasure truly encapsulates a 20-year run between the end of Prohibition and the music’s migration to other sections of Manhattan—one of which was Greenwich Village. Continue reading to get a snapshot of the Golden Age of Jazz.

You may also like: American history from the year you were born