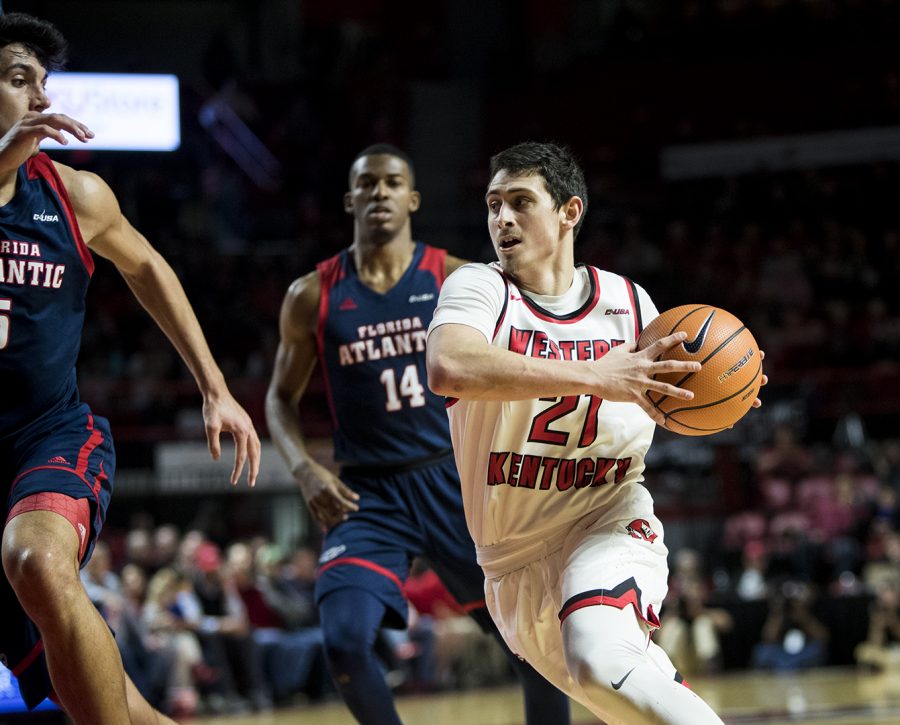 “I’ve had a great two years at WKU, but I have decided it’s in my best interest to transfer for my last two years,” Ohmer wrote in a tweet posted to his Twitter account. “I’d like to thank the fans, coaches and most importantly my teammates for 2 unforgettable years.”

The Taylor Mill native signed with WKU in the class of 2017 out of Scott High School. Ohmer earned a Division I scholarship after scoring 106 points across three games at the 2017 Kentucky state tournament and carrying his squad to a state semifinals appearance as a senior.

Ohmer appeared in 65 games in his two season on the Hill, averaging 3.9 points per game in 14.1 minutes of action per contest. He also knocked down 48 3-pointers, shooting 29.8%.

Ohmer’s career at WKU began strong, winning Conference USA Freshman of the Week after averaging 11 points at the 2017 Battle 4 Atlantis tournament. But after scoring 209 points in his freshman season, Ohmer played significantly less last year and managed only 45 total points.

Ohmer is the 13th player to leave the program early under head coach Rick Stansbury.

He is also the third player to leave WKU this offseason, joining former teammates Dalano Banton and Matt Horton, who landed at Nebraska and Division II Pittsburgh State, respectively.