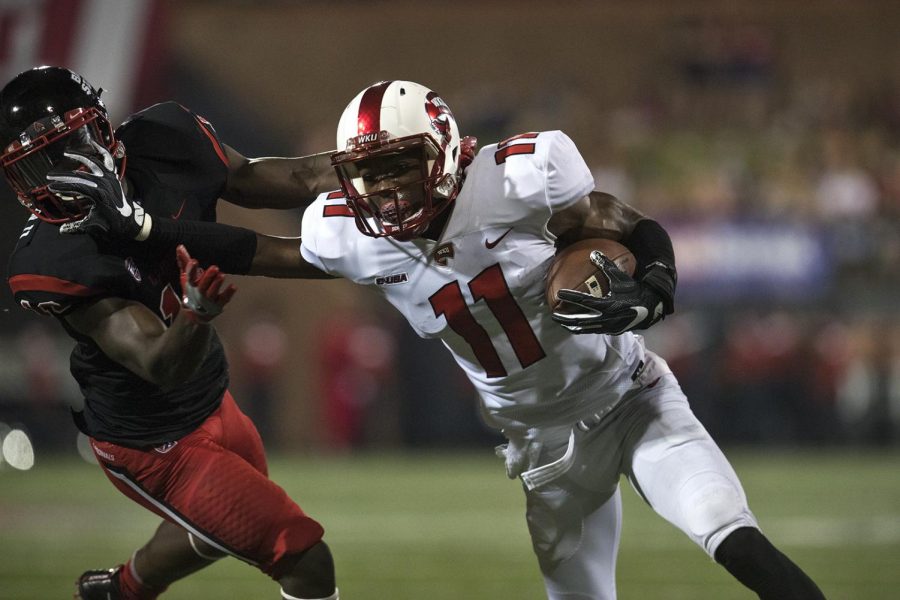 With football season on the horizon, preseason honors are already being handed out. Athlon Sports has named eight Hilltoppers to the 2019 All-Conference USA Team in its annual college football magazine.

Pate was the only first team selection for the Hilltoppers. The Lawrenceville, Georgia, native earned an All-C-USA Second Team nod at his right tackle spot following last season. Pate picked up the honor after nearly every major outlet ranked him as one of the league’s highest-rated offensive linemen.

Jackson was named second team offense, while Malone and Darden were named to the second team on defense. Jackson hit the 100 catch and 1,500 yard milestone last season. Malone recorded six sacks a year ago and will look to improve on that number in 2019. A former walk-on, Darden has started 21 games over the past couple of seasons as the nickelback in the secondary.

Fourtenbary and Witt both appeared on the offensive third team. Key earned a fourth team preseason mention on defense after an all-conference honorable mention nod last year. Jones, a freshman All-American and C-USA All-Freshman Team selection in 2018, was also tabbed for the fourth team defense.