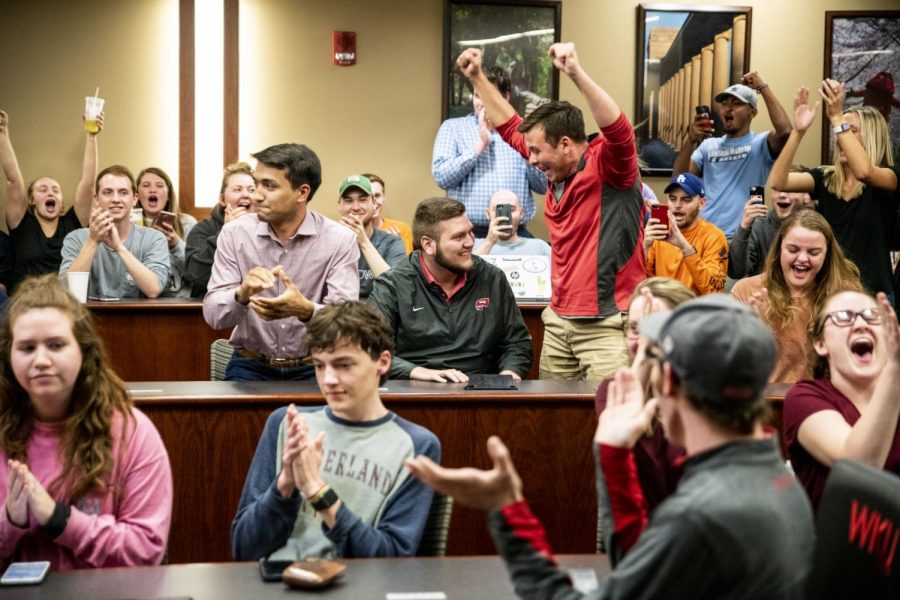 Harris defeated McWilliams in the race for the position of student body president. He said he is humbled by the outcome of the election.

“The support that has been shown has been immeasurable,” Harris said. “I’m looking forward to a fantastic year collaborating with other individuals, working with the other ticket and making sure we’re making a positive impact for all students here at WKU.”

Harris also said he is looking forward to continuing the efforts made this year in SGA and collaborating with different students.

Edmonds was re-elected to a second term as executive vice president.

“I hope as we go out and we finish up this year and go into next year that all of us can still work together and keep working for the student body,” Edmonds said.

Mujkanovic defeated challenger Symone Whalin for the position of administrative vice president. Mujkanovic said he plans to work closely with the city of Bowling Green to create change for the student body and the community.

“I look forward to representing the students on this campus as well as representing my community,” Mujkanovic said. “This is for the kids in my city.”

The results were announced at SGA’s election party Tuesday night. All of the newly elected executive board members will take office at SGA’s annual banquet and will preside over their first meeting the following Tuesday.