Larry Snyder offers hope for WKU after his resignation 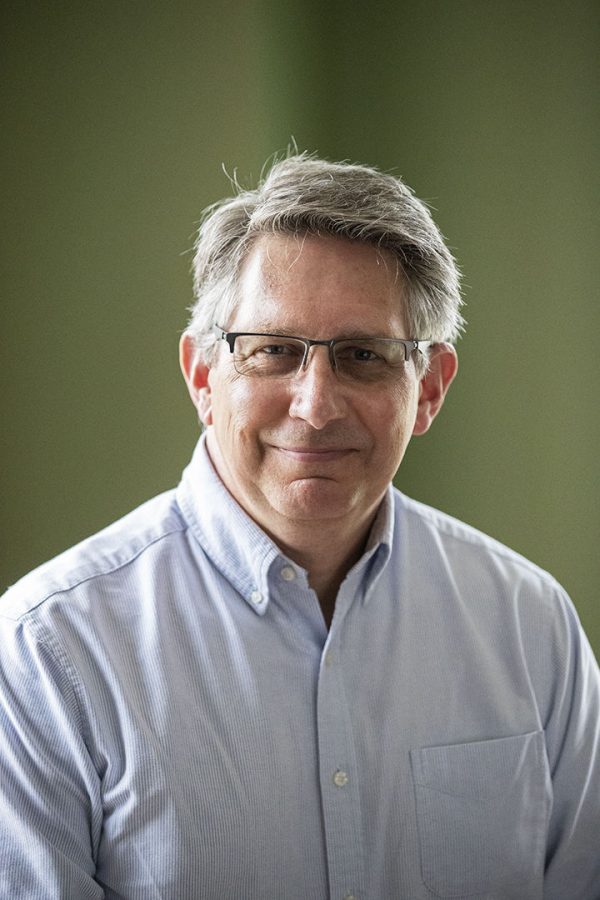 For Larry Snyder, former dean of the Potter College of Arts and Letters, March 26 was a hectic day.

At noon, Snyder and search committee members met for two hours to discuss the three finalists for the College of Health and Human Services vacant dean position.

Shortly after the meeting at 2:30 p.m., Snyder said he met with then-Provost Terry Ballman for about 30-45 minutes about the dean search, after which, Ballman told Snyder there was one more thing they needed to discuss.

Moving to the table in her office, Ballman informed Snyder there was a “need to make a change” in dean leadership at WKU. In 10 minutes, Snyder signed her prepared resignation letter.

“It was non-specific,” Snyder told the Herald in an interview on Monday. “I asked for specifics. The only reason that I was given was that I had not been a good university citizen and supported the needs of the [Potter] college over those of the university. I asked for examples, but there weren’t any, at least not provided.”

Ballman wrote in the email that Snyder “will be on leave preparing to resume his duties as a member of our faculty.” His resignation went into effect the next day, and she declined to give a reason for his resignation in multiple settings throughout the week, stating it was a personnel matter.

Snyder said he holds no animosity toward Ballman for his resignation.

“The provost gave the right response, and that is, ‘This is a personnel decision that cannot be discussed publicly,’” Snyder said. “This is not how I would have liked to walk out the door, but I’m OK.”

Snyder said he would have preferred to tell the PCAL faculty and staff about his resignation himself. He did not provide a statement addressing his resignation until the next day. “Quite frankly, had I been able to do that, it might have softened the reaction and response of it,” Snyder said. Snyder said he fully understands and respects the right for the provost and university president to make leadership changes.

Beginning on the day after Snyder’s resignation, students protested outside Wetherby Administration Building, calling for answers. The protests continued until April 1, when Ballman met with students to address their concerns at a public forum hosted by the Student Government Association.

Students also chalked messages across campus, demanding transparency and showing support for the former dean. Some of these messages included “Justice 4 Dean Snyder,” “PCAL Matters,” “Tell Us Why” and “No Comment.”

Snyder said he did not expect the students to respond to his resignation like that, but he said the student workers in the dean’s office were “in tears” and angry after he told them about it.

“I was shocked, honored and humbled, quite frankly, by their responses,” Snyder said, referring to the students who protested against his resignation. “It was very spontaneous and organic.”

WKU faculty reacted to the resignation by holding a special called University Senate meeting on April 4. Snyder said he chose not to attend the meeting and not to provide a statement at the meeting because he wanted the discussion to focus on issues larger than himself.

“The events surrounding my resignation might have been the catalyst, but the issue was about more than me,” Snyder said. “I thought it needed to stay that way. I did not want to make things worse by being there, and I didn’t want the focus to be on me because the issues that needed to be discussed were bigger than me.”

The University Senate meeting ended in a vote of no confidence in Ballman’s leadership as provost. The next day, Ballman announced her resignation as provost.

In an emailed statement, Ballman said she decided stepping down would be in WKU’s best interest after discussing with President Timothy Caboni. She will serve as assistant to the president for special initiatives until Aug. 30, 2020, at which time she will become a full-time, tenured faculty member in the Department of Modern Languages.

“Serving as your Provost has been both an honor and a privilege, and I am proud of the things we have accomplished this year,” Ballman said in the email. “I remain confident in the future of WKU. This is a remarkable, student-centered institution, and our students will continue to enjoy the transformative educational opportunities that are a hallmark of the WKU experience.”

Snyder said he was the co-chair on the search committee that brought Ballman to WKU in August 2018, and he wanted apologize to her for how her time as provost has ended.

To WKU’s faculty, staff and students, Snyder said the events following his resignation were “unprecedented,” and he hopes they continue to work together, like they did after his resignation.

Snyder said he has been overwhelmed and “brought to tears more than once” by the heartwarming responses from faculty, staff and students after his resignation as dean.

“I hope folks will look back at my time and see that I worked hard to build and sustain a sense of community, that I tried to do my job fairly and humanely,” Snyder said about how he hopes he will be remembered as dean of PCAL. “I do want folks to think that they were heard at least and that I took the time to interact with them.”

Snyder said he will be on leave during the fall semester but will teach again in the religious studies department in January. He has been a member of WKU’s faculty since 1993, and he worked in the dean’s office at PCAL since 2003.

Snyder said he didn’t see his return to teaching in the faculty as a “demotion” because he had thought about returning to it anyway.

“I got into this profession to be a faculty member,” Snyder said. “I had never really aspired to academic leadership. I love the classroom, and I miss the classroom.”

Snyder offered advice for WKU’s faculty, staff and students as they moved forward into the future.

“There’s so much anxiety and uncertainty,” Snyder said. “Folks shouldn’t be afraid of the worst. It’s going to be OK. We’re going to get through this.”