A detailed timeline of Snyder’s resignation 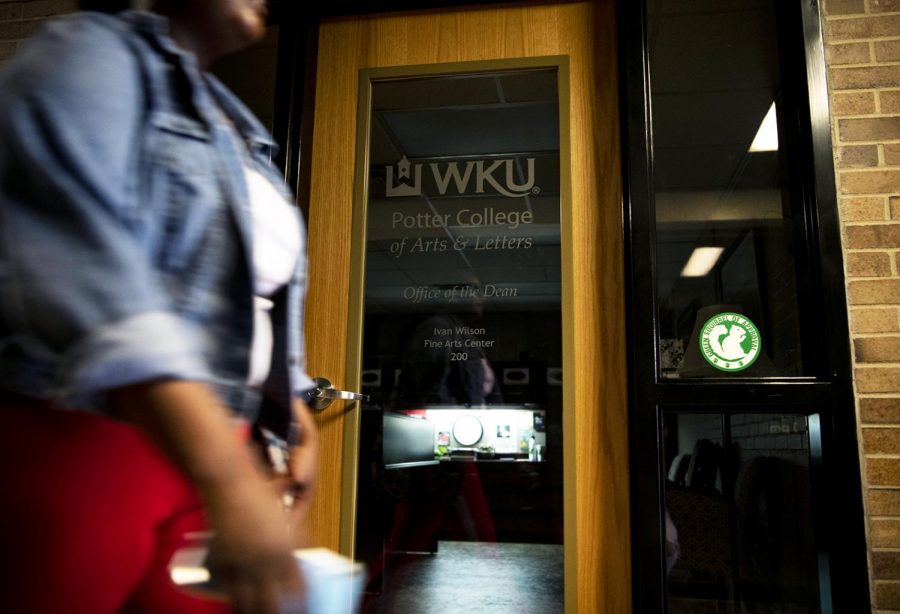 The office of the dean of Potter College in the Fine Arts Center is pictured on Thursday, March 28, 2019, during ongoing protests following Larry Snyder's sudden resignation. Snyder resigned from his position on March 26.

With seven weeks left in the semester, former Dean of the Potter College of Arts and Letters Larry Snyder’s resignation was announced in an email sent to faculty and staff by Provost Terry Ballman.

Before his resignation, Snyder was one of two deans left from former President Gary Ransdell’s tenure. Only Cheryl Stevens, the dean of Ogden College of Science and Engineering, remains in her position. Snyder had served as dean nearly four years and will resume his position as a faculty member in January 2020.

Following the announcement, students, parents, prospective students, faculty and staff have voiced concern and asked for details into the sudden resignation.

Here is a breakdown of events following Snyder’s resignation:

Listen to the Top of the Week podcast special edition about Snyder’s resignation and the students’ response: