EDITORIAL: WKU’s fight for programs isn’t over yet 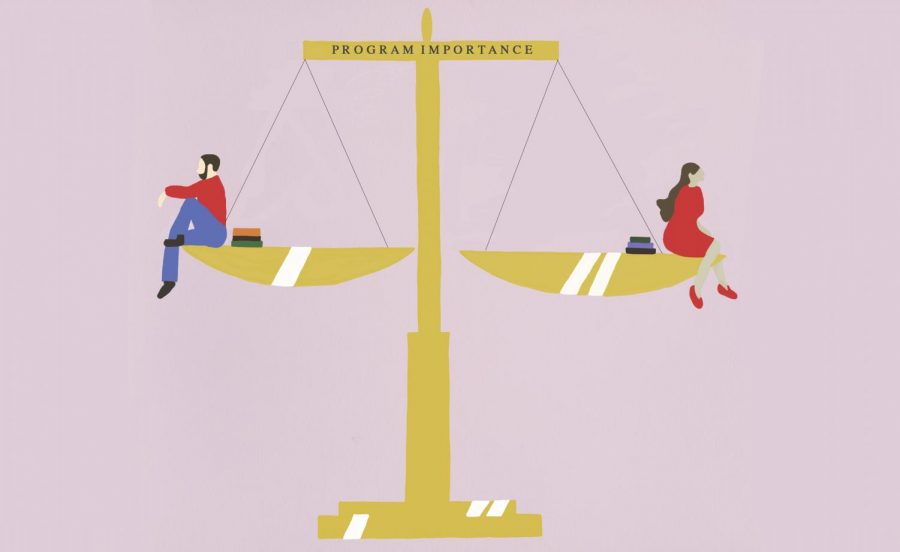 Issue: A general sense of relief across the university came after Terry Ballman stepped down as provost, Larry Snyder was reinstated as dean of Potter College and student protests ended on campus. But, how much WKU values its students and faculty is still to be seen.

Our stance: WKU will show which students and faculty it truly believes matters when final decisions on programs cuts are made, and this will have a lasting impact even as the whirlwind of administrative chaos from the past three weeks gradually leaves the spotlight.

WKU is trying to put the disastrous turn of events that led to the resignation of Ballman in the past, but the battle over which programs the university commits to will continue with or without constant headlines surrounding it.

WKU has started to gain back some trust by skipping former Provost Terry Ballman’s input in the Comprehensive Academic Program Evaluation process.

Through CAPE, the university is making some necessary changes, like suspending 42 programs that currently have no student enrollment. The university is also making the small accommodation of letting students finish studying in programs that are being suspended, which is essential considering the amount of time and money students have already spent in their field. The alternative here would be needlessly cruel.  Even though the outcry from students and faculty helped resolve the situation created when Ballman forced Larry Snyder to resign as dean of Potter College, it’s good for WKU that the circus surrounding the event is leaving the public eye, since the fiasco it caused only makes the university look dysfunctional (which it was) and hinders the recruitment of potential new students to the university.

However, liberal arts at WKU are still under attack with Potter College having the second-highest amount of programs suggested for suspension.

Suspending programs is a slippery slope. What starts with pop culture and foreign language being removed could quickly turn into the absence of English or history the next time cuts need to be made.

The onslaught against liberal arts programs aren’t limited to WKU or even universities in Kentucky.

It’s a problem on a national scale and one that has even seen aggression from the Trump administration. The White House released a proposal in March that would terminate the National Endowment of the Humanities, a federal agency which earlier this month gave out grants that financed 233 different liberal arts projects that cost a total sum of $28.6 million, according to The New York Times. Some of these projects include digitally preserving 65,000 handwritten survey notes from World War II soldiers and creating an internet archive for the women’s suffrage movement.

David W. Breneman, the former president of Kalamazoo College and former dean of the school of education at the University of Virginia, wrote a widely acclaimed paper in 1990 titled “Are We Losing Our Liberal Arts Colleges?” in which he said the United States has 212 liberal arts colleges.

In 2012, Inside Higher Ed conducted a study using his criteria for what defines a liberal arts school and found there are only 130, which was a drop of 39%.

“There was a tradition going back to Jefferson, who founded the University of Virginia, that a liberal arts education was the core of our democracy,” Breneman told The New York Times in 2015. “If we lose an educated populace, we’re open for demagogy.”

In that same interview, Breneman also said he believes the shifts in funding for colleges in the United States is slowly transforming universities into trade schools.

Cutting a plethora of liberal arts programs in Potter College falls in line with the thinking of Gov. Matt Bevin, someone who always seems to be an opponent of students and liberal arts, even though he earned a bachelor’s degree in East Asian studies.

Universities are not solely designed to meet a state’s workforce needs. While this is part of the purpose for postsecondary education, universities are also designed to broaden their students’ minds by improving the way they think on a matter of subjects. Gutting programs in Potter College is not how this is achieved.

WKU is a diverse campus with a vast amount of different thinkers, and cutting its liberal arts programs wouldn’t only be a disservice to the students enrolled in them but also to the university’s reputation going forward.