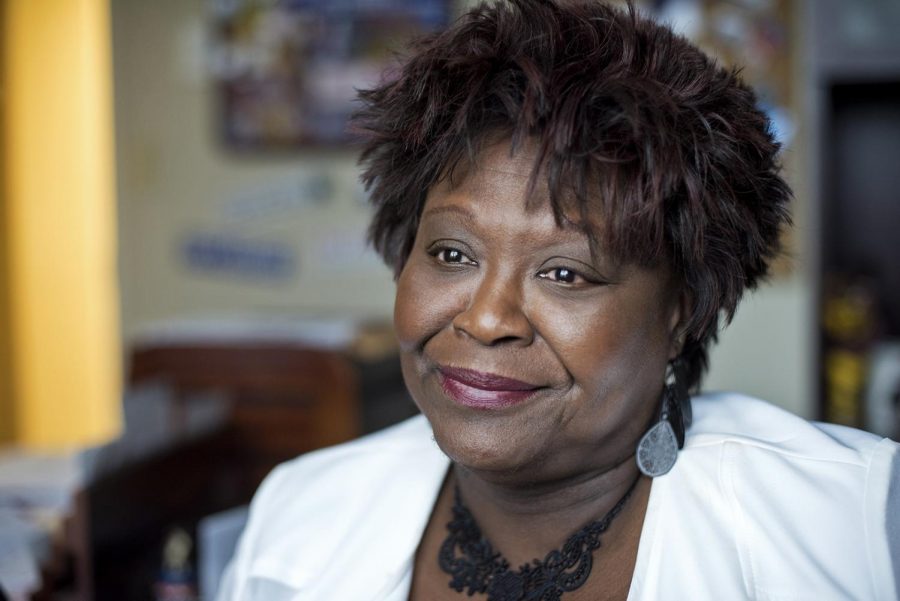 Saundra Ardrey is a department head for Political Science and director of WKU's African American Studies department. Ardrey has received a Fulbright Scholars award, and will be teaching and conducting research at the University of Limpopo in South Africa for one academic year. She will teach courses on Women and Gender studies and coordinate a service learning project between WKU and University of Limpopo students. The research she will be conducting is on the political behavior of women in South Africa. "I'm excited, I'm nervous, I'm scared, I'm a little bit of everything," Ardrey said.

Saundra Ardrey, a professor at WKU, was happily surprised when she won the 2019 “Woman of the Year” at the 27th annual Women of Achievement Awards in Bowling Green last week.

The awards were presented by the Bowling Green Human Rights Commission. Nominated by her husband, William, Ardrey was among 17 women honored for their work in various fields. She was then selected as the “Woman of the Year” for her contributions to Bowling Green throughout her career.

Ardrey, who is originally from North Carolina, moved to Bowling Green in 1988 after her husband was offered a job. She began teaching at WKU and has been there ever since. Currently, she teaches in the political science department and is the director of African American studies.

Specializing in voting and electoral behavior, Ardrey researches the political participation of women and minorities. She focuses on the impact of race on politics as well as the role gender plays in voting participation.

In 2017, Ardrey was a Fulbright Scholar and taught for a year at the University of Limpopo in South Africa. She created a gender and women’s studies course, which was the first of its kind at the university. This course then developed into a gender and women’s studies program. While in South Africa, she also conducted research on the women in the area and created a student exchange program between the University of Limpopo and WKU.

“I was not only surprised, but I was humbled,” Ardrey said about winning the award “To be in the room with so many women that achieved, I was surprised that my efforts were recognized.”

Ardrey said it was nice to be recognized, especially since she is nearing the end of her career and is almost ready for retirement.

“It was nice to have that affirmation that what you’ve done has been appreciated by the community,” Ardrey said. “This community has been very supportive of the kinds of things that I am interested in.”

Ryan Dearbone, president of the Bowling Green NAACP, met Ardrey when he was an undergraduate at WKU. He has known her for around 15 years and wrote a statement of support for her for the Annual Women of Achievement Awards.

“I think she is definitely one of the best women we have in Bowling Green, so it is no surprise to me that she was nominated and won Woman of the Year,” Dearbone said in an email.

Dearbone said he feels this award is important for women in the community because it elevates the work they are doing.

“It lets them know that the community at large sees what they’re doing and recognizes it,” Dearbone said.

Ardrey said she hopes her work and achievements will be able to inspire others.

“I stand on the shoulders of so many women that have come before me — so many great women, both here in community as well as statewide and nationally,” Ardrey said. “What I want to do, then, is have young people stand on my shoulders. I want to pay it forward.”

Ardrey said one of her passions has always been to give a voice to the voiceless. Additionally, she wants young people, especially young women, to know that their voices have an impact.

“The fight has not ended to be considered equal,” Ardrey said. “We have to be ever-vigilant. I would like to die knowing that we’re still not fighting for equality.”