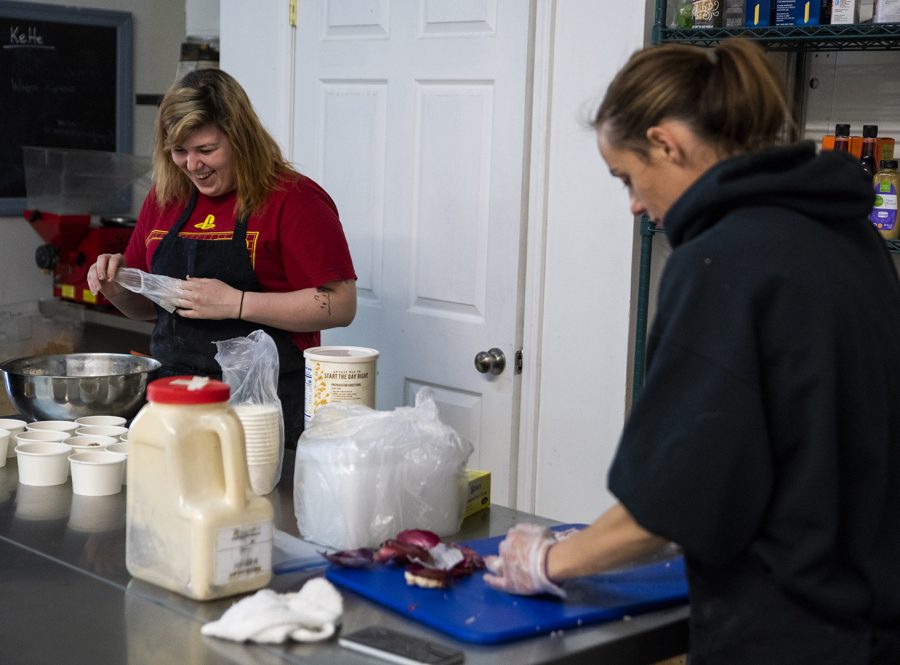 Just like its name might suggest, Beet Box didn’t have conventional beginnings. A health food provider in Bowling Green was a unique idea and something Michelle Darnall, the business’s owner and creator, wanted for the community.

“If we ever go back to Bowling Green, I want to do this,” Darnall said of a similar organic produce delivery business she used when she and her husband lived in Iowa.

Darnall said she moved from Bowling Green to Des Moines, Iowa, for her husband’s work, and that was when she found a passion for healthy living.

Beet Box began in 2014 after Darnall returned to Bowling Green as an organic produce delivery service. She opened another storefront on Broadway Avenue last year, and the store now sells more than produce — it delivers prepared meals through the delivery service, sells locally-sourced and butchered meats and stocks its refrigerators with juices from Zest! Juice for Life and dairy products from JD Country Milk along with plenty of other local, as well as non-local, foods.

Darnall said she stocks some of her shelves and her deliveries with freshly roasted coffee and espresso beans and grounds from Fine Arts Bistro in Glasgow. Peggy Bates, the co-owner of Fine Arts Bistro, said she and Darnall have been working together for around three years.

“The partnership worked really well,” Bates said. “I think what she is doing is a great addition to Bowling Green.”

Bates said she appreciates that Darnall also tries to support other local businesses and farmers, because that is a lot of what she and her husband try to do through their bistro.

“The whole premise behind what we do is that it’s healthy and it’s clean,” Darnall said as she wrote the menu for “Fresh Food Friday” on a chalkboard behind a counter at Beet Box. “Fresh Food Friday” goes from 11:30 a.m. to 1:30 p.m., and Beet Box serves fresh entrees in the store during that time. Darnall said Beet Box will never be “just vegan or just Whole30,” which is a 30-day diet program that’s seen success in recent years. Instead, she wants to provide options for people with specialized diets that remove certain foods as well as people who want to be healthy without cutting out gluten, meat or dairy.

“I really want this to be a place of education,” Darnall said.

Darnall said she learned a lot about healthy living and eating after her father lost his fight to cancer. Physicians later told her about foods that are helpful to fighting cancer and foods that feed cancerous cells, which she took to heart.

An out-of-town couple from Georgetown walked in as Darnall talked and organized the counter. They were in town for a few days, and the woman had apparently done some research before coming. When she found Beet Box online, she said she knew she had to stop by before returning home. She and Darnall talked about homemaking nut butter and the crunchy textures it sometimes produces.

In December, Darnall bought a local nut butter company, Gone Nuts, and all the nut butters are now made in the Beet Box kitchen. The nut butter containers sit neatly stacked on the counter and in the refrigerator.

Darnall said Beet Box carries hard-to-find items and tries to support local as much as possible. She knows supporting other local businesses means receiving support in return, and it also helps build a community.

Maggie Copeland, the owner of Cocomo Confections, said she has been working with Darnall and Beet

Box for three years. Copeland said she first started working with Beet Box when Darnall asked if she could use Copeland’s kitchen before Beet Box had a kitchen of its own. Now, Beet Box has its own storefront and sells some of Copeland’s chocolates and other confections.

“The local businesses need to thrive and support the community,” Copeland said.

Much of owning a business is figuring things out, Darnall said, especially when the business keeps growing. One of her friends once told her, “If you say, ‘I’ll figure it out’ one more time, I’ll scream,” Darnall recounted with a chuckle.

Darnall said she has a lot of dreams for Beet Box. It already delivers in Barren, Simpson and Warren counties and still wants to expand. There are many other projects and ideas in the works for growing Beet Box and making Bowling Green a healthier place to live.

“I love watching it grow and evolve, change,” Darnall said. “I can’t think of anything else I’d rather be doing.”

Editor’s note: A previous version of this story and photo captions implied that Beet Box only sold local foods. While it does sell local foods, it also sells non-local foods. The Herald regrets this error.