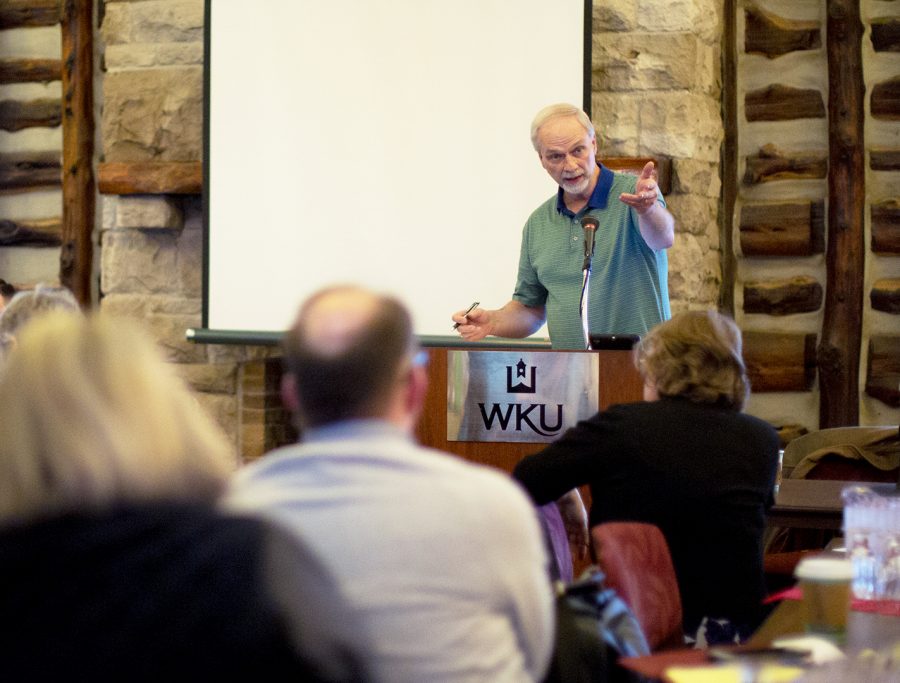 The Board of Regents Academic Affairs Committee approved recommendations to suspend 101 programs, transform 55, grow 15 and maintain 209 during a committee meeting on Friday, April 12.

Through the Comprehensive Academic Program Evaluation, 380 academic programs were analyzed and went through a process of recommendations, starting on a departmental level and ending with the Board of Regents approval.

Initially, CAPE recommendations were intended to go from the CAPE Committee to the provost. However, the sudden resignation of former Provost Terry Ballman altered the plan.

Of the suspended programs, Merrall Price, special assistant to the provost, said there are 615 students, approximately 3% of the student body, enrolled. During the committee meeting, she said any suspended program will be taught out, meaning students currently enrolled will be able to complete their degrees, but no new students will be accepted starting Aug. 26, 2019.

Price said the goal is to take curricular action with programs recommended to be transformed in Spring 2020 and will hopefully be able to offer the newly altered programs by Fall 2020.

During the CAPE process, tenured faculty positions will remain a priority, according to the website. Teaching obligations may change, but WKU does not foresee a reduction in workforce.

“Many faculty members are qualified to teach in related areas and, if needed, may be asked to broaden their teaching contribution,” acting Provost Cheryl Stevens said in an email.

The largest program recommended for suspension is the Nursing RN to BSN program. Mary Bennett, director of the school of nursing, explained the program is online and is for people who already have an associate’s degree but are seeking a BSN.

Bennett attributed this drop to a changing market. She explained that for-profit schools are offering online courses at a lower cost, which could be more appealing for students. When going through the CAPE department recommendations process, Bennett said it decided to focus on the needs of students taking courses in-person, which included suspending the RN to BSN program.

Overall, Bennett said the CAPE recommendations approved by the Academic Affairs Committee were the same as the department-level recommendations. She said the suspended programs will allow the nursing school to move resources from less popular programs to larger, more successful programs.

By reallocating resources, Bennett said it will not have to turn away students or cut enrollment because of a lack of faculty.

University Senate Chair Kirk Atkinson said he had not received any direct feedback from faculty regarding the CAPE recommendations.

Atkinson, who also served on the CAPE Committee, said he was both pleased and not pleased with the final results that were sent to the Board of Regents. He said it was told Academic Affairs would have the final say, which may have influenced a few choices.

However, Atkinson said he was also pleased to see the recommendations did not go beyond the committee.

While CAPE officials have ensured students they will be able to graduate from their existing programs, there has not been a lot of clarity about the future of faculty in suspended programs. Atkinson said a suspended program does not mean courses within the program will necessarily be cut.

He said suspended programs could use the time to re-evaluate and reinvent themselves to be more marketable and applicable to students.

“The end is not necessarily the end,” Atkinson said.