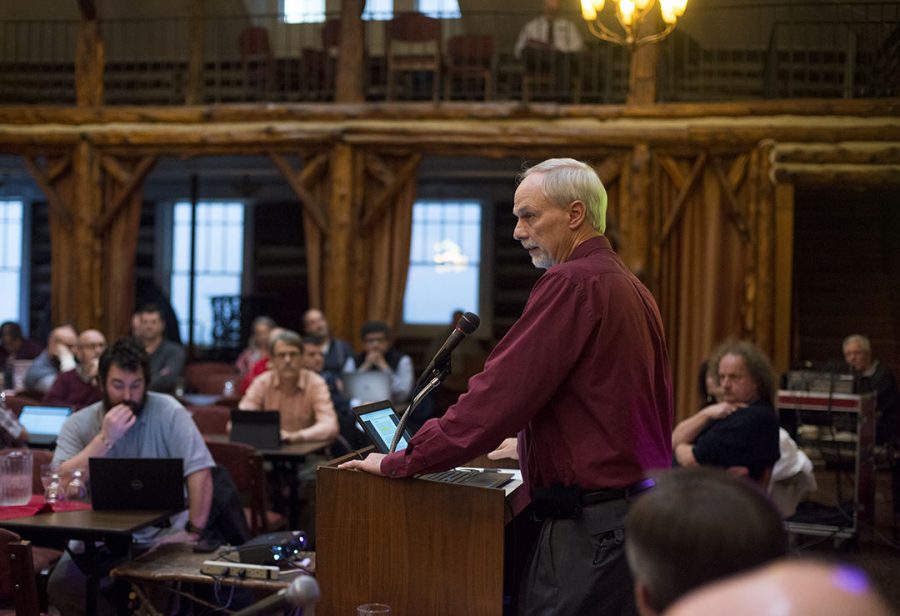 The University Senate will hold a special called meeting on Thursday at 3:45 p.m. in the Grise Hall Auditorium to discuss faculty concerns about recent administrative decisions, including the resignation of Larry Snyder, the former dean of Potter College.

The topic of the meeting is “Concerns about, Implications of, and Potential Responses to Recent Administrative Decisions.” Atkinson said he anticipates senators getting a chance to discuss their concerns and leaving room for public comment.

While Snyder’s resignation will not be the only topic of conversation, Atkinson said he believes it was “sort of the final straw” leading to the calling of the meeting.

Atkinson said issues likely to be discussed go back to December, when Provost Terry Ballman announced letters notifying instructors of termination or rehire for the 2019-20 academic year would not be sent by the Dec. 15 deadline.

“There’s a lot of things going on this year between that and the CAPE process,” Atkinson said.