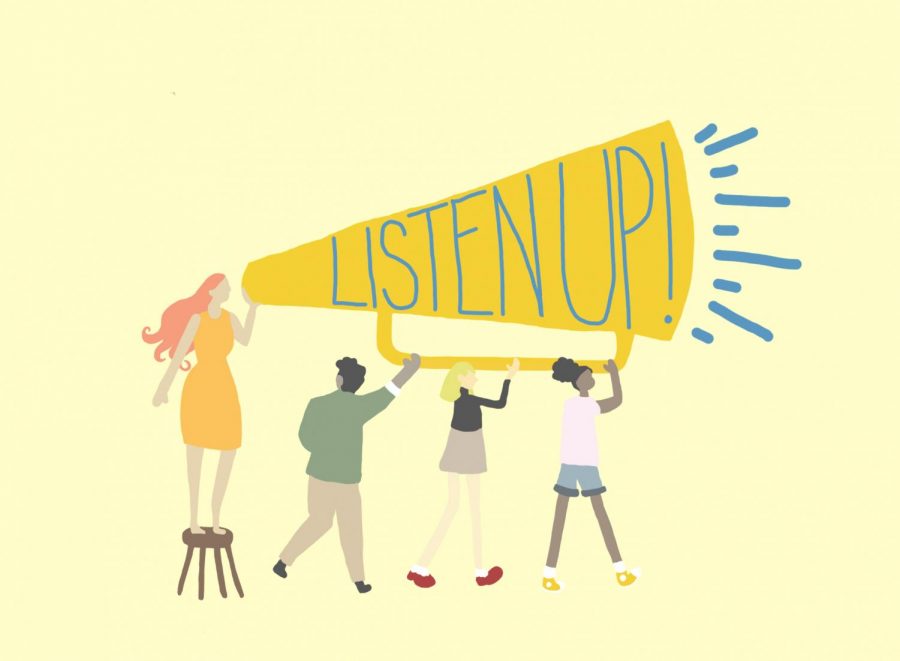 Issue: WKU was in a frenzy for nearly two weeks after the forced resignation of Larry Snyder, the former dean of Potter College, until Provost Terry Ballman stepped down from her position on Friday.

Our stance: Ballman’s resignation partially ended the questioning from faculty and students about the value of WKU’s programs and transparency, and it is largely because of the voice of WKU’s students.

Campus was covered in chalk, students gathered to sing protest songs and a general aura of confusion and displeasure surrounded WKU from the time Larry Snyder was forced out of his role as dean of Potter College to when Terry Ballman left her position as provost.

While the initial campus uproar arose from a communication debacle, the situation’s ending had a much clearer explanation.

Ballman’s resignation from her position came less than 24 hours after the University Senate passed a vote of no confidence in her as provost. The resolution passed with 50 votes in favor, 10 against and three abstentions.

University Senate Chair Kirk Atkinson said he had not seen a vote of no confidence passed since he started working at WKU in 2000, and

this rare occurrence led to Ballman stepping down after it became obvious she had an unprecedented lack of support.

However, the role of concerned student voices in this situation cannot be understated. There weren’t huge numbers of students protesting, but those who did made sure their voices were heard.

At the minimum, the chalk and protest songs got others asking questions about a situation that could have potentially flown under the radar, since not all members of the student body consistently pay attention to faculty issues.

When the chalk was washed away by WKU facilities, Caboni tweeted he supported the chalk messages and other types of similar expression, adding he had notified WKU facilities not to erase any more messages. Continuing to erase the chalk would have been a First Amendment issue, and Caboni understood that.

Additionally, the Herald wouldn’t have been able to ask Ballman questions as soon as it did if the campus outcry had not led to an open forum where students questioned her in the Student Government Association Senate Chambers on April 1. Before this, Herald reporters had attempted to call and email Ballman, but they weren’t able to get a response. When the effort was made to see Ballman in her office, the reporters were told she was out of town.

This was the first time Ballman had to actually answer for any decisions the university made within the past week.

A few days before the open forum, some faculty members admitted they were afraid to speak out against Ballman because they feared for their job security. After the open forum, though, there was a sense of unity on campus between students and faculty members due to a shared concern about the university’s lack of transparency and judgement on which programs mattered. The vote of no confidence was then passed just three days later.

Ballman’s resignation serves as a moral victory for faculty and students in this fiasco, as does the solidarity shown between them in their joint support of Potter College programs and transparent communication.

Unfortunately, it still doesn’t make up for the disastrous situation and the loss of a dean who wholeheartedly supported liberal arts.

Ballman deserves some respect in her decision to step down, since understanding one’s own shortcomings isn’t extremely common. However, to stay in her position despite backlash from students and a vote of no confidence from faculty would have only made a bad situation worse.

In an interview with the Herald in January, Caboni said, “I wouldn’t want to look at a bridge designed by an engineer who never took an art class.”

Going forward, he and those around him should remember those words and how this situation panned out when deciding the fate of programs at WKU.