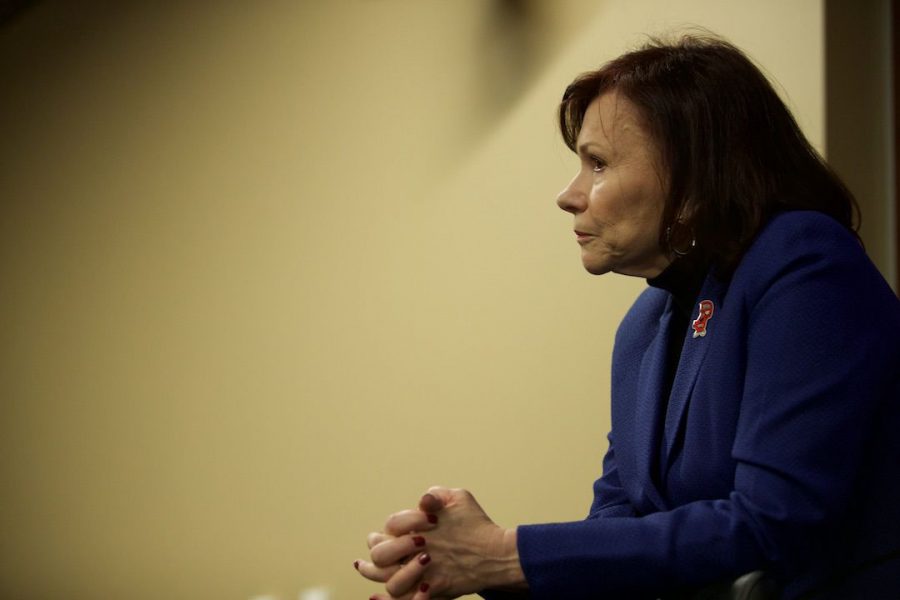 Terry Ballman addresses students' concerns after the resignation of Larry Snyder on Monday, April 1. The University Senate passed a vote of no confidence on Ballman on Thursday, April 4.

Terry Ballman has resigned from the provost and vice president for academic affairs position, effective immediately.

Ballman announced she was stepping down in an email to faculty and staff on Friday. She said after discussing with President Timothy Caboni, she decided stepping down would be in WKU’s best interest.

Ballman will serve as assistant to the president for special initiatives until Aug. 30, 2020, at which time she will become a full-time, tenured faculty member in the department of modern languages.

“Serving as your Provost has been both an honor and a privilege, and I am proud of the things we have accomplished this year,” Ballman said. “I remain confident in the future of WKU. This is a remarkable, student-centered institution, and our students will continue to enjoy the transformative educational opportunities that are a hallmark of the WKU experience.”

In a special called University Senate meeting on Thursday, faculty passed a vote of no confidence in the provost’s leadership. The meeting was called in response to the sudden resignation of Larry Snyder, the former dean of Potter College of Arts and Letters.

In an email to faculty and staff, Caboni said he took the vote of no confidence from the special called University Senate meeting Thursday very seriously.

“The Provost and I have discussed how to proceed, and she has agreed that it is in WKU’s best interest that she step down from her role, effective immediately,” he wrote.

In a statement from WKU following the vote, Bob Skipper, director of media relations, said votes of no confidence are rare in higher education and at the university.

“WKU takes shared governance seriously and will need some time to react appropriately to this action taken by our University Senate,” Skipper said in the statement.

“We’re at a crossroads and we need to be able to move forward,” he said. “I still have great hopes and trust that we can band together to remain a student-centered and student-focused university.”