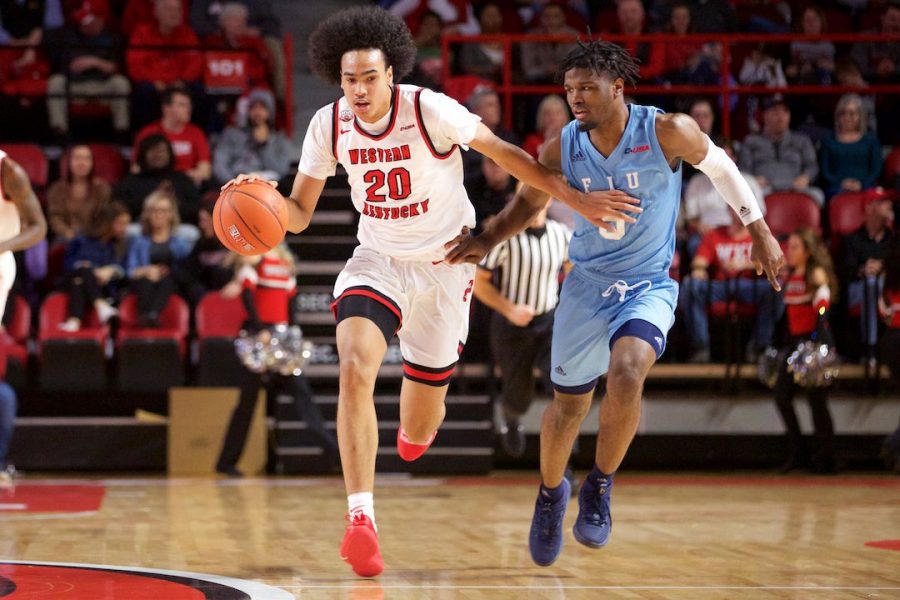 Freshman guard Dalano Banton fends off an FIU defender as he brings the ball up the floor in WKU's 77-76 loss to the Panthers on Jan. 17, 2019.

Freshman point guard Dalano Banton intends to transfer from WKU before next season, a source confirmed with the Herald on Wednesday. Banton would be the second WKU player to announce a transfer this offseason, following forward Matt Horton who announced his intent to leave the Hill earlier today.

In his freshman season, Banton played in 31 games. He started in 12 of those games while Lamonte Bearden sat out because he was academically ineligible. Banton averaged 3.4 points, 2.1 assists and three rebounds per game, while shooting 40.2% from the field.

Banton had several notable games as a Hilltopper, including in the team’s upset victory of Wisconsin, where he notched 10 assists, the most by a WKU freshman since 2002. However, following Bearden’s return, Banton’s minutes drastically dropped and he played less than seven minutes in each of the last six games.

Prior to joining the Hilltoppers, Banton, who hails from Toronto, was ranked as the No. 80 player in the nation by Rivals. He scored more than 1,000 points during his career at Redemption Christian Academy in Massachusetts.