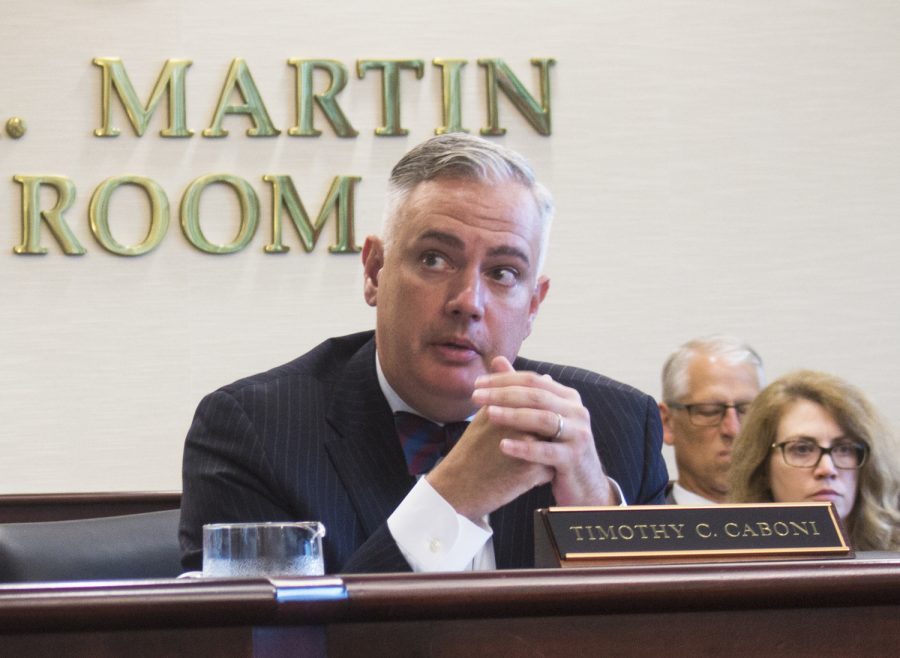 President Timothy Caboni listens during the Board of Regents presentation about WKU's Budget changes that will be implemented in 2020.

Since President Timothy Caboni began in 2017, the cabinet he began with is far different from the one that currently sits at the top of the Hill.

“We currently have an Acting Provost and Vice President for Academic Affairs, who will serve in that role for at least two years,” Caboni said in an email. “At some point after that, we will search for someone to fill that position on a permanent basis.”

Some expected changes include Amanda Trabue becoming the vice president of philanthropy and alumni engagement on June 17 and Susan Howarth becoming the first executive vice president for strategy, operations and finance on June 17. Caboni said there have been a variety of reasons for these changes such as upcoming retirement and new career opportunities.

“I am thankful for those who helped through the transition and the past two years to create stability and an orderly transition,” Caboni said.

There has been a reduction in cabinet positions since the beginning of his presidency, Caboni said in the email. These positions include chief international officer, chief information officer and chief enrollment officer. He said the position of vice president for public affairs has been left vacant since November, and there is no search planned.

“While we have experienced some significant changes as a university in the past two years and the faces of campus may look different, what remains stable is our steadfast commitment to student success, applied learning and research, affordability and remaining a lighthouse to attract and retain talent for our region,” Caboni said.

Caboni said the efforts of the president’s cabinet are being guided by WKU’s strategic plan, which is named “Climbing to Greater Heights.” He added each member has specific goals outlined in the plan for which they are being held accountable.

“Our expectations and goals are linked to our strategic plan,” Caboni said. “Foremost is student success, the bedrock of everything we do at WKU.”