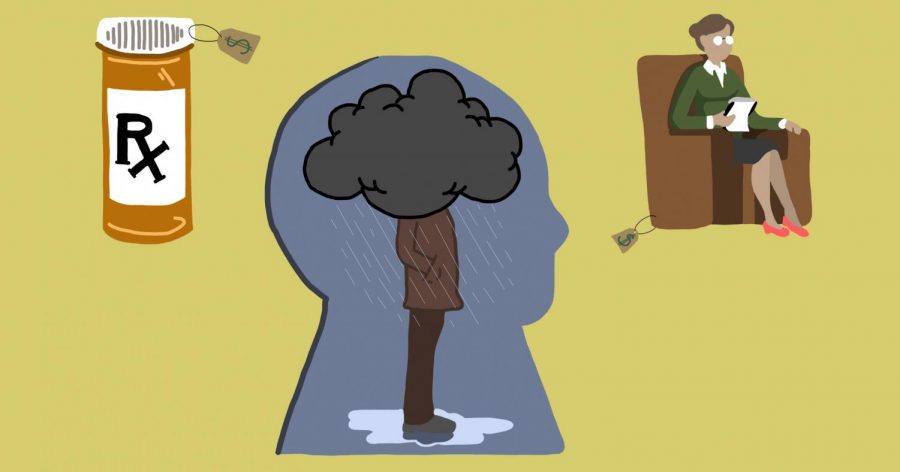 Issue: Mental health illnesses continue to plague young adults, and not all who experience these problems get the help they need despite the growing awareness around issues like depression and anxiety.

Our stance: While the public has become more conscious about mental health issues, there is still much more progress to be made both in terms of the stigma mental health illnesses carry and the tangible benefits needed to treat them.

Regardless of this, people still don’t get the treatment they need, whether it’s because of the stereotypes surrounding these ailments or a lack of resources preventing someone from getting necessary help.

Over 5 million adults in America will battle a serious depressive event once per year and don’t pursue treatment, according to a 2016 Nerdwallet study.

More than 20% of American adults live with a mental illness, according to the National Institute of Mental Health. That’s more than 46 million people battling the most internal, personal struggle they can on a daily basis.

It’s common knowledge that mental illnesses are not uncommon, yet they are treated by some parts of society and health insurance agencies as second-rate issues.

Progress has been made in past decades. In 1996, the Mental Health Parity Act passed, forcing health insurance agencies that gave mental health coverage to their clients the same price or cheaper than the physical benefits being offered. Additionally, 87% of corporate health plans offer mental health coverage, according to a 2014 survey by the Society for Human Resource Management.

However, inconsistent health care laws have not made progress to assure insurance agencies are offering clients any mental health coverage at all, leaving many in need empty-handed. People battling mental illnesses either have to be lucky enough to find an insurance agency that will cover their illness at a reasonable price or hope their employer will do it for them. Under these circumstances, a person’s intellectual wellness is being treated as an afterthought.

Serious mental illnesses such as bipolar disorder, schizophrenia and major depression cost Americans $193 billion a year in total, according to ABC News. When people are not well enough to function, they are not able to work. When they cannot work, they cannot make a living for themselves, which prevents them from affording the treatment they need.

It is a vicious cycle that only preys on the people who ultimately need support.

Major depressive episodes rose in youth from 11.9% to 12.6% within the last year, and 62% of young people who suffer from major depressive episodes don’t acquire necessary treatment, according to Mental Health America. These facts coupled together make it slightly more apparent why suicide is the second leading cause of death between people between the ages of 10 and 34.

Even if someone has insurance and seeks out help for their mental illness, there is still no guarantee they will be covered. Therapists can decline insurance coverage because their program and the insurance agency might not be in the same network, forcing the client to check for out-of-network benefits, which causes them to possibly pay the full amount and later become reimbursed. This is not assured either, though, because not all insurance agencies offer such benefits.

The hoops people must jump through to ensure their mental wellness make their treatment seem like a luxury, not an absolute need.

It’s important to remember supporting those with mental illnesses emotionally is essential, but fighting for fundamental priorities that have tangible results is also an equally vital element to aiding those in need.