Stuck Below: Medicine often the solution for struggling students 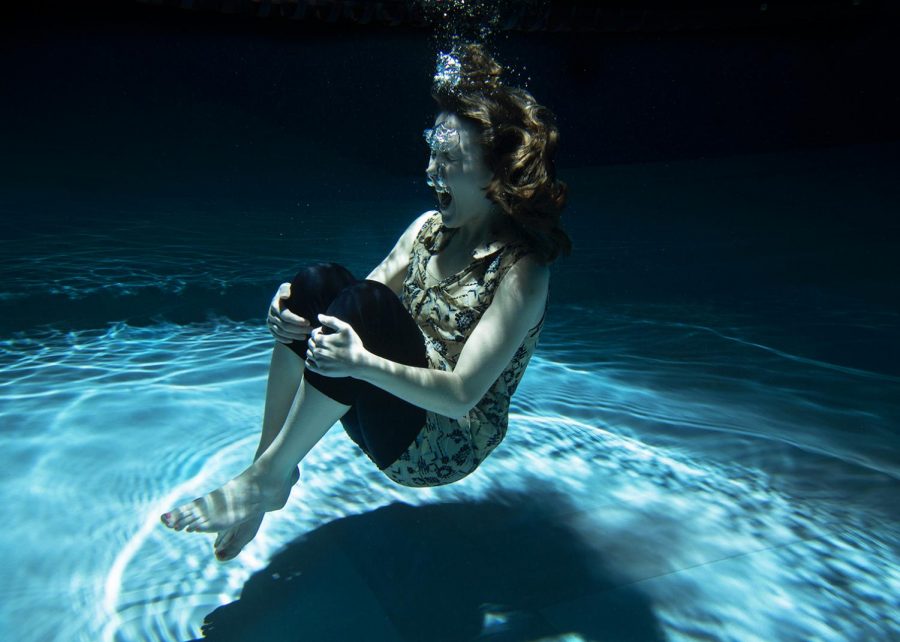 For college students, diagnoses of mental illnesses have increased significantly in the past 20 years. Those diagnoses have led to an increase in antidepressant use among college students and adults in the country.

In 2018, about 15.5 million Americans were taking antidepressant medications for at least five years. That rate has doubled since 2010 and more than tripled since 2000, according to The New York Times.

Antidepressants are medications that affect brain chemicals like serotonin, norepinephrine and dopamine to elevate a person’s mood. They are often used to treat depression, anxiety, obsessive compulsive disorder, eating disorders and other psychiatric conditions, according to Harvard Health Publishing.

Many of those Americans taking antidepressants include college students who started taking the medication before coming to college.

New Albany, Indiana, junior Olivia Eiler was one of those students. She began experiencing depression in the eighth grade and started self-harming for a short time before going to a counselor and a pediatrician. She was prescribed Lexapro and took the medication until after her first semester of college at WKU.

When Eiler started seeing a psychiatrist, she switched from Lexapro to Zoloft, which she currently takes.

“It also helps a little bit with stability, because I also have anxiety,” Eiler said, referring to her medication. “It can get high, and it can get really low, but medicine kind of bridges those two lines and brings them closer together.”

Although cost has not been a barrier for her to receive her prescriptions and treatment, Eiler said she could see how it could be a barrier for someone who might not have health insurance.

Eiler goes to see her psychiatrist four times a year to refill her medication. With insurance, Eiler’s psychiatrist visits cost $55 out of pocket, totaling $220 at the end of the year. To refill her Zoloft, the cost was about $19 per prescription, and it rose to $45 over a year without a change in her dosage or medication.

“If I wasn’t so fortunate as to be on my parents’ health insurance, I can’t imagine what the cost would be,” Eiler said.

The most common antidepressants include Lexapro, Prozac, Zoloft and Celexa, with their prices ranging anywhere from $10 to $74 per prescription, depending on the medication and the insurance, according to Consumer Reports.

Some antidepressants cost hundreds of dollars to refill per prescription, like Pexeva, which is used to treat depression, anxiety disorders and panic attacks and costs more than $300, according to GoodRx.

“It’s not changing me or making me fake,” Eiler said. “It’s just bringing my baseline up to where it needs to be to meet other people’s baselines.”

However, Eiler said she could not get by on antidepressant medication alone. She said she goes to see a counselor and attends a support group as other forms of treatment to help with negative thought processes she has developed.

For those with general or mild depression, Eiler recommended seeking treatment from support groups or traditional counseling instead of antidepressants.

“I think there are people paying into it who could benefit just as well from support groups or from traditional counseling,” Eiler said.

Karl Laves, associate director of WKU’s Counseling and Testing Center, said about 25% of the clients who come to the CTC have already been taking antidepressants before coming to college and about one-third of them begin taking the medication after starting college.

Laves said he saw the rise of students taking antidepressant medications as more students being willing to try medication in addition to or instead of counseling.

Laves recommended both medication and counseling or other forms of therapy for students, because he said medication provides enough support for the brain to “re-wire” itself.

“Most medications used today work by making more serotonin available in the brain,” Laves said. “They simply enhance what the brain is already doing. For most people, side effects are minor and go away within the first week or two. In a way, these medications are more like a cast for a broken bone.”

“A simple rule I like to use with medication is this: If it is working and you need it, take it,” Laves said. “If it isn’t working or you don’t need it, don’t take it.”

Nashville junior Jessica Undis started taking antidepressant medication during her freshman year of college. She took it as an additional form of treatment on top of counseling.

Undis has struggled with post-traumatic stress disorder and obsessive-compulsive disorder since her freshman year. With her OCD, she said she experienced obsessive thoughts that would take over and prevent her from completing her assignments or getting to work on time.

Undis has taken four different antidepressant medications to find the medication that worked for her, starting on Wellbutrin, which is another common antidepressant, and is now taking Prozac.

Undis said she notices a change in her mental health if she doesn’t take the medication.

“If I miss one day, it doesn’t really mess with me, but if I miss a few days, it starts to get more noticeable and more difficult,” Undis said.

Because she is currently on Medicaid, Undis said she does not pay her prescriptions. If she does have to pay, the prescriptions are $20 each month. With her other medications, she said the prices ranged from $10 to $40 each month.

Without insurance, Undis would have to pay about $150 for her monthly prescriptions, and she said she wouldn’t be able to afford it.

“I’m lucky that my dad is willing to help me pay for medical stuff, but I just wouldn’t have been comfortable asking him for that much money every month,” Undis said. “And there’s no way that I could’ve worked to get that much every month.”

In place of antidepressants, though, some students are seeking alternative forms of treatment to handle their depression, anxiety and general daily stress.

Campbellsville senior Shelby England said she has struggled with stress and anxiety since high school. As work and classes became more overwhelming, she said it became worse by her not dealing with it.

“It’s a downward spiral until you’re stuck and you don’t know how to deal with it,” England said, referring to her stress and anxiety.

Now, when she experiences stress and anxiety, England said her emotional support animal, a nearly 1-year-old dog named Bear, has helped her significantly. She said while taking care of him, she forces herself to get out of the house where she can take a walk and take time for herself if she had a difficult day.

England said she currently lives with her boyfriend and her friends, and they have also helped her cope with stress.

“I feel like I have a good support system around me,” England said. “I’m more confident in myself and my ability now to face whatever it is that I’m dealing with.”