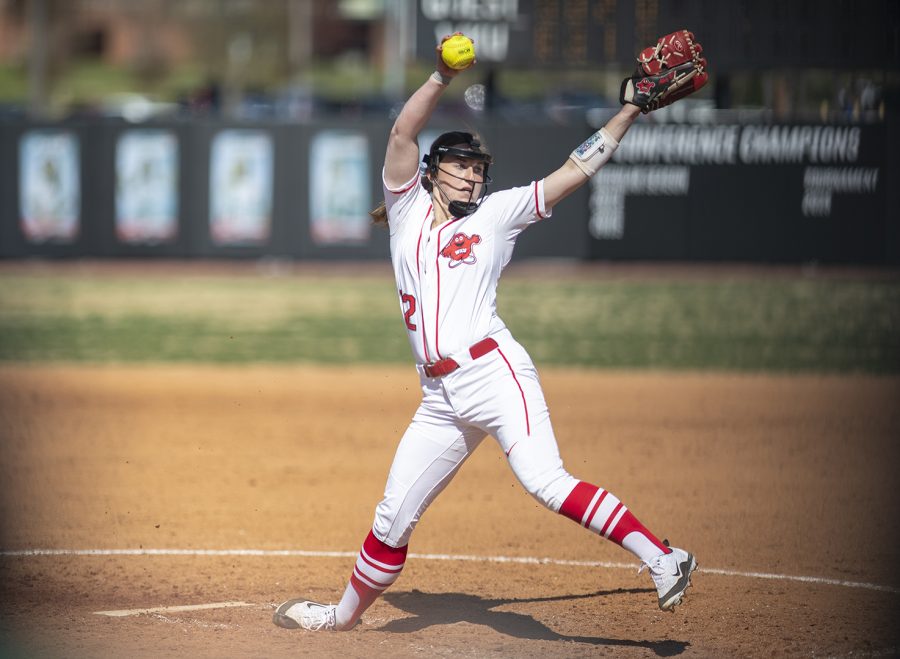 Conference USA announced today that junior Kelsey Aikey was named Pitcher of the Week and senior outfielder Jordan Vorbrink has earned the honor of Co-Player of the Week. This is the third time in the program’s history and the first time as a member of C-USA that the WKU softball team has collected both the pitcher and player of the week titles.

This is the second week in a row that Aikey has been named Pitcher of the Week.

“What a great moment and accomplishment for Aikey to earn Pitcher of the Week back-to-back weeks,” head coach Amy Tudor said in a press release. “She was focused and rock solid in the circle. Aikey put on one of her best performances at Kentucky and followed it up with two great showings this weekend in C-USA play.”

The junior’s successful week began when Aikey earned the win in the circle over University of Kentucky last Wednesday. UK is ranked 17th and the victory was the team’s first over a ranked team since 2015.

Aikey allowed just three hits and one run against the Wildcats to earn her first of three wins this week. The next two wins came from the weekend series against conference opponent Florida Atlantic.

In the series opener, Aikey recorded a career-high 11 strikeouts in the five innings she worked and allowed only three hits. She then came in for relief in the final game of the series on Sunday to work four innings and lock in the sweep for the Hilltoppers.

Aikey currently holds the best earned run average in the conference at 1.07. In her last nine appearances, she has accumulated a record of 6-0, earned two saves, allowed only four runs and thrown 45 strikeouts.

Vorbrink makes WKU’s first-ever C-USA Player of the Week after playing a huge role in the Hilltoppers going 4-0 this week.

The Louisville native played every inning in left field over the course of the week and had at least one hit in all four games. She also recorded two multi-hit games and hit .600 on the week.

In the first game of the FAU series, Vorbrink connected for an RBI before the Owls opted to walk her for her last two appearances at the plate. She moved to go 2-for-2 at bat in the second game on Saturday.

She carried that momentum into the final game of the series on Sunday, going 2-for-3 and collecting her third double of the season.

“Very exciting that Vorbrink is our first-ever C-USA Player of the Week,” Tudor said in the release. “She is well deserving of this honor with her performance at UK that she carried into this weekend. Jordan has been consistent and steady at getting on base for us while her .500-plus batting average in C-USA is the best in the league, which is very impressive.”

The recognition makes Vorbrink’s first of her career, and she is the first Hilltopper to earn Player of the Week since 2013.