Bassey claims 9th Freshman of the Week award, one away from tying record 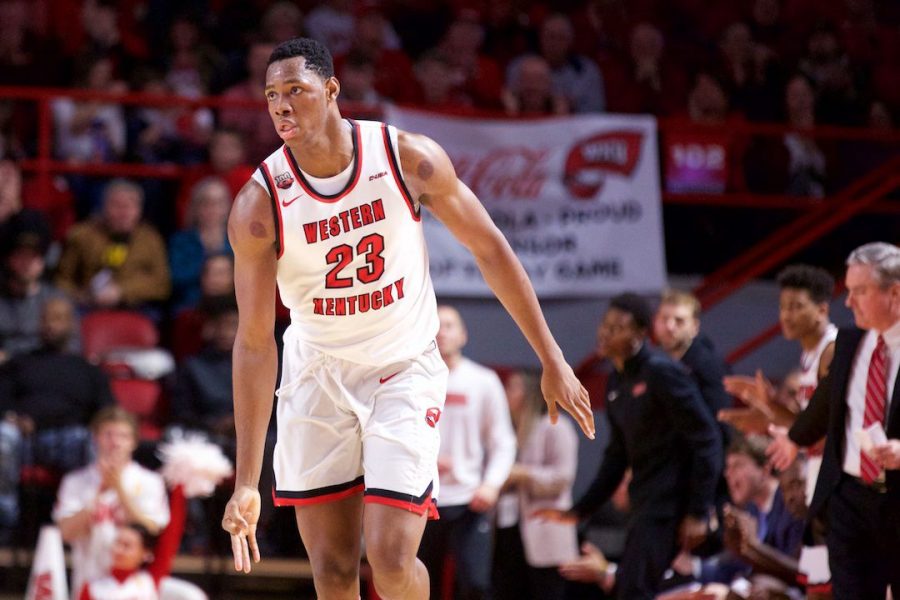 Freshman center Charles Bassey was named Conference USA Freshman of the Week for the ninth time this season following a stretch in which the Hilltoppers defeated Alabama-Birmingham and Southern Mississippi.

Against UAB, Bassey contributed 18 points and 13 rebounds to the effort, notching his 14th double-double this season, first place in C-USA. Against Southern Miss, Bassey had nine points, seven rebounds and four blocks, despite being a game-time decision due to an injury.

Over the course of the week, Bassey was 9-of-10 from the free-throw line and show 52.9 percent from the field.

The award keeps Bassey in second place for most Freshman of the Week awards in the history of the conference. Rice’s Marcus Evans, who won 10 of the awards, holds the top spot.

Bassey and the Hilltoppers will be back in action on Wednesday, taking on Texas-San Antonio at 6:30 p.m in Diddle Arena.